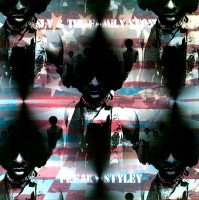 As a turn of the decade soul man, Sly Stone was the coolest, head and shoulders above most everyone else in a time when there were more soulsters than ever before. Even as a young kid I can still clearly remember ‘Everyday People’ and ‘Family Affair’ blaring over the radio, my old man tapping his feet to some of the most perfectly crafted, galvanising music of all time. Infact, no-one epitomised that uncertain period between the late sixties and early seventies more than Sly. While others paid lip service to such high faluttin’ ideals as racial integration, sexual equality and fighting the man, he put all the rhetoric into practise.

To create his new world, where the libertarian truths of Haight Ashbury’s privileged white bohemians were applied to the struggle for civil rights, Sly recruited a clan of black and white brothers and sisters so creating a radical, revolutionary brew of proto funk grooves and gospel positivity. While black nationalists were preaching separatism, the diverse racial composition of The Family Stone made crossover seem like a political utopia.

Even more radical was the crucial role of women. No longer used as mere decorations, they were fully integrated as musicians to become a crucial element of the group’s music. Both gorgeous cacophony and perfect pop bliss, they gave life to some of the greatest protest songs ever written, the message so strong it was seized on by the Woodstock generation, the group tearing up the crowd in the summer of 69’. These were truly the good times, the subject of much teary eyed TV nostalgia, yet within a year love, peace and equality had been buried in a never ending avalanche of murder, violence and cynicism.

No-one felt the effects, or raged against the dying of the light as much as Sly Stone. By 1971, amidst rumours of drug addiction, unreliability and pressure from black nationalists, the group’s new album had been endlessly delayed. When it finally emerged in November 1971 as There’s A Riot Goin On, it was light years away from the positivity of old, the ‘different strokes for different folks’ tolerance replaced with destructive, semi-coherent rants of scorn, derision and confusion from a man clearly on the edge, all buried deep within an instrumental fog of deconstructed riffs and worn out tape. At the same time as Marvin Gaye was making What’s Going On as an article of faith in the power of music, Sly was highlighting his pessimism by pointing out that actually nothing was going on.

After such a resolute, definitive, classic statement, Sly was left staring down the barrel of a gun. As his trusty lieutenants lost patience with his increasingly unpredictable nature and began to desert him, he managed to pull back from the abyss albeit briefly. Fresh was the first fruit of his enforced retreat, considerably lighter in sound than its predecessor and very much a last blast as the law of diminishing returns kicked in, each album thereafter meaning and selling less and less.

These days, Sly is the shadow of a man chewed up and spewed out by a system he tried to fight from within, all his despair and frustration ultimately turning him into just another drug fucked freak. Now almost 70, most people believe he died sometime in the late seventies and in many ways it would have been better if he had. But he still turns up occasionally with his crazy Mohawk and silver suit, a sad, sad caricature of one of the most brilliant musicians of our time.