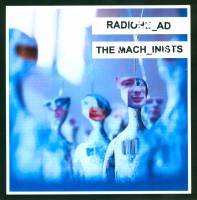 03 faithless the wonder boy / b side february 93

04 thinking about you / pablo honey february 93

01 everything in its right place / kid a October 00

02 how to disappear completely / kid a October 00

There has always been something slightly uncool and nerdy about Radiohead. It’s not the Oxfordshire public school thing, the name picked from a Talking Heads title, or even the unnecessary ‘h’ in Thom Yorke’s name. It’s more to do with the way Radiohead leave all the hipster celebrity stuff to the Sonic Youth’s of this world, and nail their music to the mast labeled ‘important’. Its this that makes them so ‘middlebrow’, a self-seriousness harking back to seventies prog rock and in particular, Pink Floyd, to whom Radiohead have been compared so many times by lazy arses.

But you know what, middlebrow is absolutely fine. Infact, the greatest music always ends up in that category, if not by design, then certainly by acclamation. Even Sonic Youth, god bless them, despite their best efforts, have become middlebrow. But Radiohead top the lot, not bad for a group arriving on the back of ‘Creep’, a post Nirvana ‘grunge ballad’ originally ignored at home but embraced in America. Infact, despite sharing similar middlebrow influences as Nirvana (Pixies, REM and naturally Sonic Youth), it was Radioheads very Englishness that saved them from a Kurt Cobain type torment.

By 1995’s The Bends, their English art rock inclinations were coming to the fore, but it was OK Computer, with its themes of alienation and technology that transformed them utterly and completely. The anthemic nature of their earlier music began to be complicated in earnest, although on the surface it was not immediately obvious. Just one step from joining U2 as the biggest band on the planet, they changed direction quite unexpectedly, deconstructing their old sonic plans for Kid A/Amnesiac, each member becoming a non musician producer/catalyst by abandoning their traditional instrumental role.

In truth, those two releases and all that has followed are not as radical as they’ve been portrayed. Far from mere electronic doodlings, the tracks rarely abandon a loose song structure but do demand attention from the listener. But Radiohead are relentlessly bleak, dislocated, dispossessed, numb, impotent and paralysed, successfully detailing our natural responses to a dog eat dog world, where the logical impulse is to withdraw and disengage. They are everything a modern band should be. And that is why ‘middlebrow’ is so important or at least upper middlebrow (Radiohead, Bjork, Nick Cave, Bowie, Gabriel, Kate Bush et al) as opposed to lower middle brow, which is Coldplay.