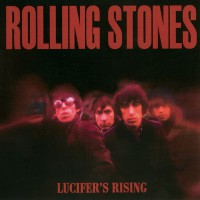 12 Back Street Girl / Between The Buttons January 1967

The Rolling Stones have always been there for me, not always full on but always lurking somewhere in the shadows. They were the one constant soundtrack to my teenage world. Even at eleven I remember Sticky Fingers being passed round the school as hip record of the moment. In 1973 I groped my first girl to Goats Head Soup. And in 1975 we were the Stones, dressed in fake furs, long scarves, gypsy swirls and skull earrings. We sought the high life in small town suburbia, parties, red wine and dope, blowjobs and blowouts. Hell, we even had our own Anita Pallenberg and Marianne Faithfull in tow, 15-year-old versions naturally.

I of course was Keef and used to chop chunks out of my hair in hopeless adoration. We got shit faced to Black and Blue, howling ‘Memory Motel’ in the village pubs before punk kicked it all in the balls. Even then as The Kaotix we paid homage in a vitriolic 20 minute ‘Not Fade Away’ thrash. Punk was to prove my salvation and curse much as the Blues have proved Mick ’n’ Keiths.

Raised in a dull, post war culture, they first came across Brian Jones in 1962 at The Ealing Club, West London. Styling himself as the blues wailing Elmo Lewis, the two awestruck friends signed up for his evangelical mission to popularise the cool sound of Black America. Though modified over the years by time, technology and wealth and fame they once could only dream of, the sound of the Stones has rarely strayed far beyond those boundaries. Scratch the surface of even the most recent formula stuff and the influence of Jimmy Reed, Muddy Waters, Elmore James and Chuck Berry is all around.

Much else has changed of course. The formidable Jagger / Richards partnership slashed Brian Jones role to that of a bit part player so hastening his 1969 departure. He drowned soon after, his purist blues quest unfulfilled to the bitter end. Yet he did engineer the Stones early career as bad boys in direct opposition to the lovable Scouse mop tops. It was in 1963 they first adopted the stance of social outlaws, persistently arrogant, aggressive, outrageous and ever contemptuous of the establishment that tried desperately to destroy them. What the establishment failed to recognise was that The Rolling Stones were the true reflection of a generation that increasingly refused to acknowledge outmoded conventions.

Even in their early cover driven career they refused to play it safe. ‘Come On’ is little more than a poorly recorded curio now but it served its purpose, getting them straight into the charts. ‘Not Fade Away’ went at full tilt in every direction while the astonishing ‘Little Red Rooster’ and ‘Time Is On My Side’ were nonchalantly re-arranged to sound like bonafide Glimmer Twins originals. Inevitably, by 1965 the Stones were shifting into true creative self sufficiency. Their first A side, ‘The Last Time’ backed with ‘Play With Fire’ began a run of classy singles, the fuzz driven, ‘Satisfaction’ pushing them well into superstar orbit. Drug busts and chaos soon followed, the only hiccup being the bastard offspring of psychedelia that is the unfocused Their Satanic Majesties Request.

‘Jumpin’ Jack Flash’, the Stones most important single, wiped that slate clean in a return to basics. From the slashing opening chords onwards, the apocalyptic mood and satanic surrealism of their surroundings enveloped them with a menacing presence that stayed throughout Beggars Banquet, the chilling Let It Bleed and Get Yer Ya Ya’s Out, a near perfect live document from the 1969 US tour which ended in Altamont, bringing the decade to an end with a large, ugly, black full stop.

The Andy Warhol covered Sticky Fingers heralded a new series of firsts: First record of the new decade; first on Rolling Stone Records; first with Mick Taylor firmly in place; first since the tax exile move to the South of France; first since Jaggers move into the jet set. It was also the Stones first timeless classic although it is the follow up Exile On Main St that has emerged as one of the most complete. Recorded at Keith’s rented Villa Nellcote, it captured the times succinctly, the band drawing on every available source from their ten year career.

Some believe the Stones went down from then on in. Certainly Keith started on the serious road to Dopesville while Mick ascended to fly with the Jetset, two opposites struggling to make anything happen. And yet Goats Head Soup, It’s Only Rock’n’Roll and Black And Blue all contain a few nuggets. Ironically, that period is when I was into them most.

Mick Taylor became a casualty, frustrated by the lack of songwriting opportunities while his replacement, Ronnie Wood, made his first fulltime contribution on Some Girls, the Stones grittiest set since Exile and created from the circumstances surrounding Richards 77’ Toronto drug bust. That had threatened to rip the band apart but instead sealed his reputation as Permanently Wasted No 1, bridging the gap between the old school Stones and the blanked out punk generation. But, the revival was short lived as The Glimmer Twins began a near decade long feud with Woods and Charlie Watts as referees. They kissed and made up before Steel Wheels, a thoroughly professional job followed over time by Voodoo Lounge (without Bill Wyman who left in 1993) and Bridges To Babylon, their last all new originals studio album.

Since then they have mastered the art of the never ending, multi million dollar grossing tour with accompanying souvenir CD, the unmistakable sound of millionaire’s pensions being topped up. Yet the bottom line is they still have the right to play and that’s what must count. The game has changed and The Rolling Stones, just like the bluesmen they once tried to emulate, have been carried along by the weight of their own history. I still love them for what they gave me way back then.