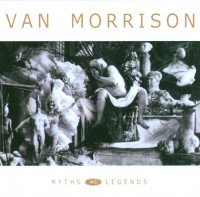 09 Not Supposed To Break Down / Originally Unreleased Recorded 1972

When my 23 year old soldier son was shot and killed by a sniper in Afghanistan, he had already requested ‘Philosophers Stone’ be played as his coffin was carried from the church into the light and the clapping crowds. The poignancy of that moment will never leave those who witnessed it but it also made me realise just how much Van Morrison had penetrated the very fabric of my family’s life. And yet, like many true fanatics, I came to Van Morrison late in life, so late in fact that he had recorded all but one of the albums here.

I first heard some of his songs back in the mid 70’s, ‘Caravan’ from It’s Too Late To Stop Now being a particular favourite on one of our better schoolboy mix tapes. But my true obsession didn’t start until the spring of 1997. Intoxicated by the giddy thrill of new love, after a decade in the doldrums I had a lust for life like never before. Suddenly, off the back of two Best Of collections, Van Morrison’s songs seemed to make a lot more sense. Obsessions tend to be things you grow out of but this was definitely one I grew into.

Over the years he’s been called everything, from Van The Man to the Belfast Cowboy, but in reality he’s always been Van the Miserable Git with a belligerent streak as wide as the Irish Sea. Never one to court popularity, he has always regarded his music as a sacrosanct vocation rather than a quest for celebrity. Consequently he’s strived to live as far from 21st Century celebrity bullshit as he can get and there’s nothing wrong with that.

Of course some people believe he has spent the last forty years trying to better Astral Weeks, his first proper solo LP and acknowledged classic. I’ve never believed that because although it was certainly a milestone it’s not even his finest work, not by a long shot. As far as I’m concerned that honour goes to St Dominic’s Preview, but ask me next week and I might say Veedon Fleece or Moondance or Into The Music. Van’s seventies work alone surpasses what most artists achieve in a lifetime. When I listen to songs like ‘Into The Mystic’, ‘Not Supposed To Break Down’, ‘In The Garden’, ‘I’m Tired Joey Boy’ or ‘Philosophers Stone’ I get a sense of peace, completeness and in more recent years, sadness, that’s just impossible to quantify or understand. Some might even call it spiritual.