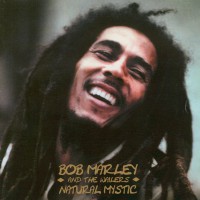 Bob Marley was a man of many faces, a third world visionary and first world pop star, a prophet of national revolution and messenger of global peace, a Rasta mystic and lascivious lover. At least, that is the popular view, but the world only really knew Bob Marley from the release of Rastaman Vibration in 1976, his first UK top 20 and his first US top 10. For the next five years he would tour the world and live life as one of the rock elite before his death on 11th May 1981 at the too early age of 36. Much of how he is remembered comes from those final years. These days Bob Marley is almost universally loved. But it wasn’t always so.

It was Chris Blackwell’s Island Records that finally broke The Wailers Internationally although the trio of Marley, Peter Tosh and Bunny Livingstone already had a recording history stretching back to mid sixties ska. After numerous false starts and record labels, by the early seventies they were big news in Jamaica but still had to cross the gaping cultural and musical divide to reach the world stage. Blackwell’s plan was to promote The Wailers as a rock group, which meant starting from scratch in Britain and America. Island immediately pulled out all the stops, sweetening Catch A Fire with rock guitar and packaging the album in a nifty, flip top Zippo sleeve design. At 13 years old, I fell for it big time. And yet ironically, it was the tougher, more authentic and militant follow up Burnin’ that made The Wailers first serious dent in the rock market place. And when guitar God Eric Clapton covered ‘I Shot The Sheriff’, they finally had the seal of approval from the rock elite.

The final piece in the jigsaw came from potential disaster when Peter Tosh and Bunny Livingstone returned to Jamaica. They were replaced by The I Three’s, Rita Marley, Marcia Griffiths and Judy Mowatt, but for the first time Bob Marley became the sole centre of attention. Natty Dread was effectively his first solo album, but it was Live! recorded at the London Lyceum in July 1975 that established his reputation as a spiritual figurehead and third world icon. Rastaman Vibration duly became his first US top ten four months later and from that moment, the worldwide creation of ‘Bob Marley – Legend’ began in earnest, aided and abetted by his Rastafarian beliefs, his ten children from eight women, an assassination attempt that forced him to abandon Jamaica for London, the mammoth success of Exodus, his mediation between Jamaica’s political rivals, and finally his slow death from cancer.

Looking back, whether you like them or not, Bob Marley’s Island albums do represent an astonishing achievement. In most modern music, romance is dying, politics is fatal and God is most definitely dead. But Bob Marley covered them all - the sexual, the political, the spiritual. He took Jamaica’s mixed up history, a jumble of such disparate concepts as Rastafari, Haile Selassie, Marcus Garvey, rebellion, herb and Trenchtown, and rebuilt them into intricate, focused music, concerned with reality but touched by magic.

Bob Marley was not the best singer to come out of Jamaica and was an average guitarist at best, yet none of that mattered as he dared to make music of depth, expanding reggaes musical and commercial borders while never forgetting where he came from. Because of that, his music still resonates. Once shunned by suspicious blacks, and held at arms length by prejudiced whites, he is now embraced across the globe. Bob Marley has become that poet, that prophet and that legend.