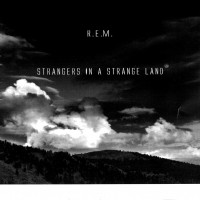 08 EVERYBODY HURTS (Automatic For The People October 1992)

11 NIGHTSWIMMING (Automatic For The People October 1992)

When REM made their 1980 stage debut at St Mary’s Episcopal Church, Athens, Georgia, there can’t have been many among the threadbare audience who realised they were in the presence of future greatness. Similarly, spin forward three decades and those who have only heard the band’s dodgy post millennium output might find their hallowed reputation hard to fathom. The magic happened somewhere in the middle. When REM hit the heights, between 1983’s spellbinding Murmur and 1996’s undervalued New Adventures In Hi Fi, no one else was making mainstream music of such intelligence and depth.

Of course, back in 1980, REM were alternative rock before the term even existed. As they pounded the American college circuit with negligible record sales, they seemed certainties for cult status. Then something strange happened. The elliptical jangle that clouded their early records began to clear, revealing a band with a directness few could have foreseen. Slowly, it became obvious that REM’s ambition, and critically their potential, reached far beyond that of their peers. Their springboard to success came from Document, which presented a band ready to jump into the covetous arms of a major record label. It may not have been the end of the world as they knew it, but plenty of their early fans worried their cultish heroes would lose the mystique that had made them so appealing. And of course that’s exactly what happened, diehards arguing to this day that REM never bettered their first three albums. Nevertheless, as they became, for a time at least, one of the biggest rock bands in the world, REM also struggled with an internal dilemma: between making brash, muscular, marginally eccentric rock, music a band of their size were expected to make; and subtler, acoustically driven music which perversely brought them their greatest successes.

That conflict was most obvious on Green, their 1988 major label debut and a template for their most auspicious success. If REM had already scaled the dizzy heights, the next decade bought even greater commercial and musical peaks. The knock out punches of 1991’s Out Of Time and 1992’s sublime, Automatic For The People, established them as the only rock band who were at once thrusting, cerebral and able to sell out stadiums. And yet they had already resolved to undo their good work by making an all-electric album. Monster was designed to give the band some crude, grungy songs to play on their first world tour in half a decade, and suffered accordingly. But, whatever that record was, it did free the band momentarily from being totemic bleeding hearts. Unfortunately when they did take to the road they suffered a series of medical disasters, Bill Berry’s aneurysm being the worst. Somehow they still managed to record the artistically triumphant New Adventures In Hi-Fi but, with the drummer quitting soon after, there were hints of a sharp decline on Up that have continued ever since.

Sadly, these days REM are orthodox, conservative and perilously close to pastiche. They have become one of those rock dinosaurs wheeling out the hits for a few dollars more. No matter, genius, by its very nature, never lasts forever. Having said all that, a record collection without any of REM’s wit, wisdom and beauty is a dismal thing indeed, because, without a doubt, some of the most thrilling, intelligent, poetic music of the past three decades belongs to them.