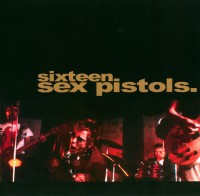 35 years ago in June 1977, a group called the Sex Pistols were ripping up the British pop charts with ‘God Save The Queen’, an anti national anthem timed to coincide with the Queens Silver Jubilee. The Pistols notoriety had gone before them but for many, it was the first time they’d actually heard what the group sounded like. And yet, despite a BBC ban, ‘God Save The Queen’ proved to have a seismic impact and  confirmed, as if anyone was in any doubt, that for this nation’s down trodden youth 1977 was cultural year zero.

For the first and possibly last time I was ahead of the pack, my own Damascus moment having arrived just over a year before. In the early months of 1976 I was 16. Signing on the dole straight from school I had plenty of time on my hands. Rather conveniently, I was the proverbial lazy sod, day dreaming, listening to records, waiting for Thursday to come around to devour the weekly music papers, plotting, planning and writing angst ridden poetry and lyrics. Even so there were still vast periods of boredom so intense they were almost spiritual. Consequently, when rumours and whispers of the Sex Pistols filtered through I did all I could to find out more.

So it was on Tuesday 29th June 1976, with the stars of fate fully aligned, that five of us made the short train and tube trip to the Pistols 100 Club show. In my youthful mind London was still Dickensian and mythical so that alone was excitement enough, but when the Pistols hit the low stage in one breathless moment I changed forever. What changed me most wasn’t the sound, a squalling kick in the head racket, it was Johnny Rotten. Instantly mesmerizing, he taunted us with a non stop stream of squeals, sarcasm and abuse. He clearly didn’t give a fuck. It oozed out of him like pus from a boil he couldn’t help but squeeze. He was freedom incarnate, daring to say what we all felt, a skinny, twisted kid from Finsbury Park pissing in the face of society. I‘d never seen or heard anything like it but from that first second I believed I could do whatever I wanted to do and be whatever I wanted to be. Transfixed, I returned home, cut my hair, ripped my Levis into drainpipes, sprayed my shirts, pierced my ear, snorted my first line of sulphate and speeded into the future. It really was as simple and as quick as that.

From the start the Pistols refuted everything that had gone before; music, dress, hair, speech, thoughts and theories, it all had to go. Imbued with the spirit of dissent, theirs was a scorched earth policy, destructive and nihilistic. And yet wherever they played, a handful of new groups and misfits blossomed in their wake. And from that handful came a thousand more who would turn them into a national phenomenon. But the more they crept into the spotlight the more they became embroiled in a media fuelled frenzy; the Anarchy tour outrage; the record company scams; the filth and fury of the Grundy show. The Pistols not only threatened and confused all the old world establishment post war values we were suffering, they also unwittingly goaded Blighty’s suburban sheep into some seriously violent acts of retribution.

Despite of this resistance, the Pistols still bought a new sense of purpose to pop culture; they let us know that it could be intelligent and smart; that it could be about protest and telling people who you were and what you were. But no matter how much they transformed our culture they eventually began to lose their allure as all groups do. In the end all the pranks, bullshit and hoo-ha became tiresome, overshadowing the music and the meaning. By the time of ‘Holidays In The Sun’ my interest had waned even though it was a cracking record. Unfortunately, Never Mind The Bollocks released just a couple of weeks later wasn’t. Sounding scarily like conventional hard rock (filter out Rotten and listen closely), I couldn’t understand the reasoning behind an album in the first place or why such a talismanic presence felt the need to follow such a traditional, music biz route. I had the feeling I was being cheated.

But, even a not so great album couldn’t diminish the Sex Pistols importance. They genuinely changed the world, their influence still reverberating today and not many groups can say that. In 1976, they had been a shock, like defibrillators on the nations dying heart, but they didn’t know, and more to the point didn’t care, about the road to recovery. There were other more naïve and hopeful groups like The Clash happy to take on that role and besides the Pistols had already achieved everything they’d set out to. Anyway, by the Summer of 1977 there was no-where left for them to go, a fact borne out by Rotten’s disillusionment and formation of Public Image Ltd. Ultimately, they left us 16 songs, just 56 minutes of music, in their short tempestuous lifetime, but in my book that legacy will never be equalled.