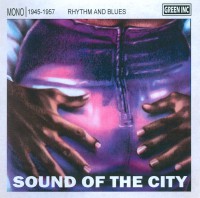 11 THE SPANIELS / Goodnight Sweetheart Goodnight / Single A Side March 1954

The Second World War changed everything. For the first time, American society had been shuffled as people of different origins; backgrounds and colour were thrown together in the armed forces and cities, where the factories were in full production.

When it was all over, black music, as always, was still bossed by the blues. But, the old, ragged, country blues of Leadbelly and Robert Johnson was being increasingly replaced by rowdy big city blues, by new electric guitars and, right through the remainder of the forties, the move was towards more noise, more excitement. A primal beat soon emerged; raw emotions took a back seat and, in June 1949, chart compilers Billboard christened the new style rhythm and blues, R&B.

It was all good time music, danceable and unpretentious, particularly when compared to the mushiness of white music from the same period. In particular, it was straight about sex, using none of the usual crass sentiments about moonlight and roses. A lot of the time infact, it was downright filthy. ‘Sixty Minute Man’, ‘Lovin’ Machine’, ‘5-10-15 Hours’ were typical. All were big R&B hits, and predictably, all got banned by the prissy white radio stations.

Even so, R&B began filtering through to white kids and they liked it. They liked its danceability and, in the first spark of teen rebellion, found it shocked their parents, which they liked even more. DJ Alan Freed was the first to latch onto this phenomenon, and to avoid what he called ’the racial stigma of rhythm and blues’ began calling his Cleveland radio show, Moondog’s Rock’n’Roll Party. And yet, despite his efforts, right through the early fifties, white stations continued to block R&B from the airwaves. Even worse, black songs began to be covered, and castrated, for the white market while the originals were ignored. Only Fats Domino, whose happy tones didn’t sound alien or threatening to a white audience, went on to be widely known without any radical change.

From the start, R&B gave the best rock’n’roll a sense of style and integrity. But as the harsh boogie rhythms became a simple backbeat, and the lyrical references narrowed to teen dream adolescence and little else, R&B artists were forced to adapt or fall into obscurity. Infact, as rock’n’roll rapidly took over, they even faced a losing battle with whites on their own R&B charts, until, by 1957, both genres had become indistinguishable from each other. It would only be with the emergence of soul in the early sixties, that black music would rise again.