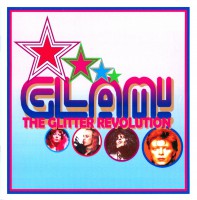 ‘And my brothers back at home, with his Beatles and his Stones,

We never got it off on that revolution stuff, what a drag, too many snags’.

Summer 1971, at 11 years old, I was finally waking up to pop music. Sure my Dad had a few Beatles singles knocking around, Dylan’s first greatest hits and a never ending supply of James Last non stop dancing LP’s but they were part of a vanished world called the sixties.

I know it was that summer because a clutch of songs are seared on my mind: ‘Chirpy bloody Chirpy Cheep Cheep’, Me And You And A Dog Named Boo’, ‘When You Are A King’. The soundtrack came not from the original singles but one of those cheapo Music For Pleasure covers collections, bought for 10p in Woolies and perfect for miming in the bedroom with my silver star hardboard guitar.

Amidst this morass of novelty schlock and bubblegum shone a deceptively simple blues tweaked through seventies technology. Hearing T.Rex’s ‘Get It On’ for the first time, before I even knew what Bolan looked like, was my key to the secret mystery of pop power and rock’n’roll glamour. Seeing him on Top Of The Pops, followed some months later by the beamed down alien Bowie were life defining moments and as mystic Pied Pipers they led me to cosmic enlightenment. What an amazing thing to line up at the start line of puberty with the glam of Bolan, Bowie, Roxy Music, The Sweet and a multitude of others as the party tape playing in your head. This is that tape!

Glam arrived at a point when pop was screaming for something, anything. Initiated by Bolan's discovery of a new sound recording ‘Ride A White Swan’ it came into focus as a culture as well as a musical style with the snowballing success of Bowie in the first half of 1972. Dancing on the grave of The Beatles and the sixties it was urban panic music, explicitly youth orientated screaming if you’ve got it flaunt it and if you haven’t got it, fake it, cover yourself in stardust and sequins and reinvent yourself. Simple, flash and disposable it injected pure fun into the pop culture bloodstream.

The reawakening of the hit single was buttressed by speedily made glam albums, padded with revival rock’n’roll standards and unoriginal originals yet even when the production line chancer's moved in to serve up the mien fuehrer of glam Gary Glitter, The Sweet, Mud and Suzi Quatro the music and images remained thrillingly entertaining.

Then there were the true stars who changed the way future generations saw, heard and walked through the world forever after. After Bolan opened the doors, there was Bowie on a personal crusade to make our humdrum existence larger than life with a batch of brilliant alien teen anthems. Through his patronage we were introduced to the subversive Lou Reed and Iggy Pop, a world away from the merely theatrical outrage of Alice Cooper. There was the cerebral, arty Roxy Music/Eno camp, the strange creature that was Jobriath, the fabulous New York Dolls and Mott The Hoople singing Bowies national glam anthem, ‘All The Young Dudes’. My own favourites were the magnificent Cockney Rebel. Too young to fully appreciate the pioneering Roxy, despite ‘For Your Pleasure’ being my first ever LP, Steve Harley was the teen art version, his embrace of literate composition, lush orchestrations and mix of kitsch and the avant-garde certainly turned this boys head. On the the cusp of manhood he promised a host of Loretta’s, Lorraine’s, Ruthy’s and Ramona’s were awaiting us and he was right. ‘Death Trip’ was the first seriously overblown epic I ever loved and its here in its full blown 10 minute glory.

Glam carried with it the seeds of its own destruction and by the autumn of 1974 it was over. And yet it left a grand cast of geniuses and madmen, poseurs and philosophers, winners and losers, clowns and warriors, stars and fools. Through glam a generation of teenage misfits were able to accept themselves and make their voice heard in the decades to come. Through glam came the punk zeitgeist to overthrow the bloated rock elite and the work ethic Puritanism of Little England, for a few years at least.