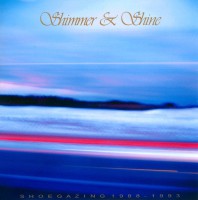 As the Happy Mondays and Stone Roses swaggered out of the grim North playing pied piper to the Indie E generation, in the supposedly prosperous South, an altogether more serene approach was taking shape.

My Bloody Valentine had been undistinguished indie poppers until the sonic obsessions of Kevin Shields took hold. From the release of Isn’t Anything in November 1988 they began to peddle the rock equivalent of abstract art, music in which any sense of personality was swamped by a wash of guitar effects, hushed vocals and opaque lyrics.

Hot on their heels came a plethora of Southern bands, packaged together by the music press and portrayed variously as ‘dream pop’, ‘the scene that celebrates itself’ or more usually ‘shoegazing’ in honour of their static performance approach. This Southern brigade were worlds apart from the bleary, working class, slackadaisical euphoria of the Madchester, baggy crowd. To a boy and girl, shoegazers were all college drop outs representing the middle class response to the quandaries of Thatcher’s Britain, even though the witch herself was ousted by a palace coup and replaced by grey bank clerk John Major in November 1990.

The shoegazers special agony was that they could all look far enough into the future to see that it had no place for their hopes. They were lost, deep in the bewilderness. For them rock’s past wanderlust had turned to daydream. Neo psychedelic in sound, to these ears much like Syd Barrett’s Floyd mantras, shoegazers derived their acid experience from their record collections rather than from genuine drug excess like Shaun Ryder and Co.

More interesting, for me at least, was that most of the leading bands came from the anodyne, provincial hinterland of the Thames Valley. Some magazines even talked of a Thames Valley scene although in reality most bands had relocated to London and barely knew each other. Disconnected from the Indie experience, and with a particular hatred of music press genre scams, I was initially unaware of them. And yet being a middle class drop out myself, lost in my own bewilderness, I could easily relate to their experience. Dragged along to a gig by Pete Rowe, a photographer friend whose brother was a member, I thought Chapterhouse rather good. On record they even added some vague dance beats to their sonic palette which made them even more appealing.

Nonetheless, My Bloody Valentine are the only genuine shoegazers still remembered with any fondness. Their 1991 swansong Loveless remains a near mythic masterpiece of indie rock. Filling out the sketchy Isn’t Anything it was another quantum leap forward, a languid, dreamy haze of voices buried beneath a vast roar of distorted guitars and samples of indeterminate pitch.

Ironically, Spiritualized and The Verve, the only bands to truly survive the shoegazing tag weren’t from the Thames Valley but Rugby and Wigan respectively. Inappropriately labelled in the first place, though they did display suitably ethereal qualities, they reached high above any genre handicap to reap massive success, driven on by their charismatic and determined leaders.

Of the rest, Ride from Oxford became shoegazing’s new standard bearers when My Bloody Valentine slumbered in hibernation. I always found them the blandest of the lot, but they still managed to survive the rise of grunge and inevitable press backlash unlike so many others who split up or morphed into other styles due to idiosyncrasy, inconsistency and indifference.

When Britpop emerged in 1993, embracing mod, punk and all things British, it spelled the end for shoegazing which was perceived as over privileged and self indulgent. Slowdives’s Souvlaki was one of the last throws of the dice, and while it bore some of the genres traits any impetus or interest was long gone. Overwhelmed by the new mood of the country, shoegazing slid silently into obscurity.