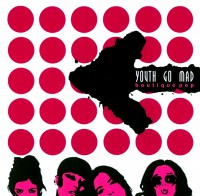 The noughties were certainly a definitive pop high. Pop was everywhere, doing what it does best; invading the very fabric of our lives in films, adverts, video games, shopping malls, lifts, pubs and in dreary cover versions on countless TV talent shows. The advent of the iPod, iTunes, YouTube, Spotify and illegal downloading changed the pop landscape completely and like a million others I became infatuated, largely through my young daughters own obsession.

But for the last three years, the sound of the charts has become increasingly vacant, homogenised designer pop which I guess is why I’ve suddenly begun to hear a different kind of pop noise coming from her bedroom, a noise I knew nothing about until the arrival of Icona Pop’s ‘I Love It’. Released over a year ago in their native Sweden, this instant brat pop classic sounded like a hit but it wasn’t. At least it wasn’t in the UK, which says a lot about the shrinking horizons of our top 40. However, one thing it has proved is that teenage girls, or anyone else for that matter, have plenty of other pop options if their prepared to work just a little bit harder to find them.

Now obviously, because pop (as in popular) is a genre based solely on reaching the masses there’s always been a huge stigma attached to the merest hint of commercial failure. And yet in this digital age of tangled online niches and micro genres success can now be measured in many other ways. On social media, or in TV shows, adverts and films, deserving songs often come to feel like the hits they should have been. It’s a place where smaller careers can be sustained, free from pressure and expectation which is why it’s been called boutique pop.

It’s not exactly a genre, much less a scene, even though many of the protagonists come from Sweden, the home of Abba, the most perfect pop group of them all. But there is a shared mentality; a network of strong willed, self empowering women in their twenties who love the three minute pop song but can live without the shit that usually comes with it. And while the sound of boutique pop is obviously not indie, the sensibility most definitely is.

A good case in point is Solange Knowles, Beyonce’s maverick younger sister. When she fell out with her major label, she vented her spleen in a bridge burning rant subtly titled ‘Fuck The Industry’. Now she’s on a tiny imprint, calling all the shots with British producer Des Hynes who has also re-energised Sky Ferreira. Once sold as the new Katy Perry, she’s finally seized control of her own destiny and is making much better records and on a far smaller budget too. Then there’s Marina & The Diamonds who’s been through the mincer a couple of times herself, Alunageorge, Sweden’s Niki & The Dove, Kate Boy and Elliphant and newcomers like Britain’s Charli XCX (who co-wrote ‘I Love It’) and Denmark’s MØ, all overlapping with indie square pegs Grimes, Lykke Li and Cocorosie.

Now, you may well think it’s a tad unfair that so few people can have creative satisfaction and hits. If your of a certain age you may long for a return to the almost anything goes vibe of the 80’s, that other great pop decade where a decent melody and freaky haircut would always do the business. But, the game has changed and at least this new wave of downsized pop preserves the genres greatest pleasures; a new twist on being in and out of love; the surging rush of youth, the thrill of anticipation. Boutique pop may not get the recognition it deserves but my daughter and her girlfriends don’t care. They love it.