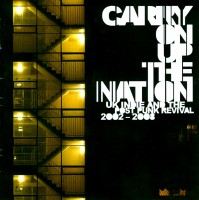 They arrived in the summer of 2002, as fully formed as they’d ever be, a haze of sweat and cheap narcotics with pasty white chests poking out of skip salvaged jackets. With their tall tales of pension drawing drummers, rent boy pasts and idealistic visions of a mythical England, if you’re under thirty it’s entirely possible that The Libertines changed your world; they really were that important. That they were also a hefty kick in the bollocks to the bland Coldsailors and Stereotravises holding sway at the time was merely an added bonus. Of course, the return to youthful rock’n’roll had started with the imported Strokes, but The Libertines idealistic visions of a mythical England opened youthful eyes to a freewheeling, fancy free side of life most never knew existed. The nation suddenly became overrun by urchin rock laureates in skinny jeans and thrift store trilby’s.

Despite their huge influence, The Libertines failed to generate any real movement. Following the last party of Britpop, that was near impossible anyway, as tastes had frayed into myriad sub genres and no-one really gave a fuck about anything except money. Inevitably, The Libertines proved to be that most British of phenomena’s, the glorious failure, but they did drag along a bunch of others for their own five minutes of fame. Many, like Franz Ferdinand, Razorlight, Bloc Party and Kasabian were labelled ‘post punk revival’ as they picked one idea from post punk to baggy and beyond, and clung onto it for dear life. The sorrowful Kaiser Chiefs even latched onto Britpop, or more specifically, Blur B-Sides. The Libertines easily remained the most revered until Doherty and Barat imploded, and along came a group from Sheffield who easily became the greatest of them all.

The Arctic Monkeys even surprised themselves by how quickly they filled the gaping hole left by The Libertines blow up. Almost immediately they were declared Their Generations Most Important Band, maybe because, in essence they made stripped down punk records with every touchstone of Great British music covered: The Englishness of The Kinks, the melodic nous of The Beatles, the sneer of the Sex Pistols, the wit of The Smiths, the groove of the Stone Roses and the clatter of The Libertines. Not bad for a bunch of kids who’d spent their teens listening to hip-hop. Where that really showed was in Alex Turners lyrics and frenetic delivery. Forgetting the flowery fancies conjured up by Dickensian Doherty, his were tales of the scum-ridden streets as they were in the 21st Century not the 19th.

Unfortunately, The Libertines brief blaze and the well-deserved success of the Arctic Monkeys brought its own Britpop effect circa 2006. Suddenly, the nation was awash with a multitude of hairy chinned strummers, slavishly copying the originators every move. By 2007, these purveyors of bland, crowd pleasing sing-along’s were being wooed by a generation of media nobodies desperate to be cool. Even the mighty NME, once the absolute arbiter of taste, became a corporate entity with much talk of ‘growing the brand’ and award shows sponsored by an international hair product. Being in a band became a viable career option as attitude and any sense of reality faded. UK indie was renamed ‘Mortgage Indie’, and there was nothing cool about it at all.

Weirdly, barely six months later, the musical landscape looked startlingly similar to how it did before The Libertines arrival and not a lot has changed since. All the Animal Collectives, Fleet Foxes, Modest Mouse’s and Hold Steady’s, are lauded for their lack of obvious references and sense of adventure. Theirs is a perfectly valid reaction to the legions of Libertines/Arctic copyists that immediately preceded them and yet they seem oh so worthy, often American, usually with facial hair and boring as fuck.