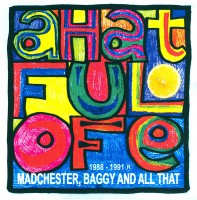 In the autumn of 1987, at almost exactly the same time as The Smiths broke up, an unexpected development began to take root within guitar dominated British youth culture. What came to be known as acid house began to seep into Britain from Ibiza, bringing with it an important chemical partner. Ecstasy was not entirely unknown, in London at least, but when it hit en masse, the ‘loved up’ communal E high represented as clean a break as possible with the me, me, me philosophy of Thatcher politics.

In Ibiza, the clubs played a mammoth pot pourri of music, going under the banner ‘Balearic Beat’. Back in Blighty, E taking became almost exclusively linked with the clubs of Chicago and Detroit where Steve Silk Hurley and Frankie Knuckles were pioneering the thumping hedonism of House and Derrick May, Juan Atkins and Kevin Saunderson were developing the eerie, robotic grooves of techno. Ecstasy became welded to these trail blazing new forms and a subculture as innovative and pivotal as punk emerged.

Rave culture swept the country. Despite the illicit gatherings circling the M25, and the even larger parties in the North West, it desperately needed a permanent home and eventually found one in Manchester’s enormous Hacienda, Factory Records cash eating nemesis, where DJ’s Graham Park, Mike Pickering and Dave Haslam introduced the concept of rave to the cities white youth. Acid house was bound to impact on British rock culture, and the Hacienda was a cipher for that process. Given the link to Factory, it bridged the world of guitar groups (while simultaneously giving earnest indie pop an immediate kiss of death) and the new universe of house and ecstasy, something embodied by the regular presence of Mancunian musicians ready to dance and deal the night away.

Among them were two groups who had become part of the cities indie aristocracy: Happy Mondays and The Stone Roses. By 1989 they were being heralded as pioneers of a new unimaginatively named genre, ‘indie dance’. Both had been around since the mid eighties. The Mondays were already renowned for their prodigious drug intake, sounding like jazz funk played by drunken, embittered social club muso’s, while The Roses, despite once flirting with a Gothic sensibility, always seemed more likely to settle for a minor career in jingle jangle indie pop.

Ecstasy changed both. The Happy Mondays came up with Bummed, its vast sound a result of producer Martin Hannett and the group turning all knobs up to the max while peaking on their new favourite drug. The Roses Ian Brown and Mani were equally enamoured but the influence was far more subtle, a very faint trace of E generation euphoria mixing with some Zeppelin, Byrds, lots of funk, Hendrix and bags of swaggering confidence. They sounded as old as the hills yet thoroughly modern, both vintage and vibrant. The Roses self-titled debut managed to sum up the seemingly free spirit of the era, gradually finding an audience over the following year, primarily in the North.

However, it was DJ Paul Oakenfold’s remake of the Happy Mondays Bummed track ‘Wrote For Luck’ that finally bought all the ecstasy kids into the rock world. It was a notable turning point. Without ‘W.F.L’ there would have been no ‘ Fools Gold’ (the flipside ‘What The World Is Waiting For’ featured here, because do you really want   to   hear   it   again?)  or   Andrew   Weatherall’s deconstruction of the Primal Scream album track ‘I’m Losing More Than I’ll Ever Have’, retitled ‘Loaded’.

Exactly a year after Bummed, the Happy Mondays Madchester Rave On EP, inadvertently gave indie dance yet another, more appropriate name although by then it was on its last legs anyway. The Stone Roses apex lasted until the summer of 1990 and in their wake came an array of followers who took their lead from both innovators. By way of yet another generic bracket in which to squeeze them, and because the newcomers were spread geographically, the music press came up with ‘baggy’, a tribute to the acid house inspired fashion for huge flares, finally allowed back after being exiled by punk and immortalised in the Mondays ‘Loose Fit’.

Apart from its two kingpins, baggy’s most celebrated sons were James, another Factory band who had been around since 1983 before adding a Madchester groove to their strange folk songs to become massive stars. From Oldham came Inspiral Carpets, sixties garage rock fanatics who craftily aligned themselves with the Mondays and Roses despite an absence of any dance influence whatsoever, and from the Midlands came The Charlatans, transparently in thrall to sixties R’n’B but linked via Tim Burgess, a disciple of Ian Brown.

Manchester naturally produced a welter of wannabe heirs: Paris Angels, an ugly gang of New Order soundalikes, New Fast Automatic Daffodils, the much loved World Of Twist who’s ‘Sons Of The Stage’ was near the top of Noel Gallagher’s short list of group names, and the unfairly maligned Northside.

London eventually got on board with Flowered Up, a cut price Mondays in every detail, while Liverpool were represented by The Farm. They adopted the right rhythms and opted for a clumsy populism, similar to one time Glasgow indie poppers the Soup Dragons, who rode the baggy train for all it was worth via The Stones ‘I’m Free’, a song I can’t help but like.

The routing of post acid house rock into such crassly populist cash-ins spoke volumes about its rapid decline. By early 1991, it was tumbling into crisis. Bedevilled by gang violence, an inevitable symptom of the drug trade. A new government bill and an ever-hostile police force killed illicit raves overnight, and even when a bolthole could be found to continue the fun, disciples soon discovered the downside of incessant E taking. What had once been euphoric and transcendent had turned ugly and oppressive. Even though dance culture had become fixed within this nations youth culture, the initial period of innocence was over.