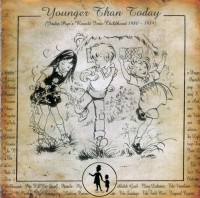 13 JUNE BRIDES / Every Conversation / Single A Side September 1984

3 THE WOLFHOUNDS / Anti Midas Touch / Single A Side September 1986

20 WEDDING PRESENT / Why Are You Being So Reasonable Now? / Single A Side September 1988

The immediate post punk years carried with them a surfeit of ‘miserablism’, a dead end of despair. In the summer of 1980, shattered by the death of Ian Curtis, there was a search for something life affirming, for something different.  Everything about Orange Juice immediately felt different. The Glasgow group’s very name was refreshing, the music, a spring heeled shambles of Byrd’s and Velvets, felt like a tonic too. And when a ‘new pop’ course began to coalesce around their label Postcard Records with the addition of the wiry, clanking Josef K, and boy genius Roddy Frames Aztec Camera, independent pop emerged all shiny and bright from the dark. Unwittingly Postcard became the blueprint for most future labels of any worth: Creation, 53rd & 3rd, Subway, Sarah, collectable singles purveying an easily definable sound and graphic sensibility.

In the early days Indie pop threw up a gaggle of exciting mavericks exploring the poppier side of post punk but post punk nonetheless. TV Personalities  (who really did know where Syd Barrett lived, informing a huge London crowd of his address while supporting a solo David Gilmour no less), Fire Engines (the group Postcard most wanted but never got), New Zealand exiles The Chills, Pale Fountains, Ed Ball’s Times, Tracy Thorne’s Marine Girls and especially Laurence Hayward’s Felt, were all still highly experimental and new and vastly different to each other. For many of us sad, burnt out vets, the sounds they introduced were as revolutionary as the primal ooze of the early days. And we were all still no older than 23.

But by 1985, it seemed like all that old post punk energy had dissipated forever. The really depressing thing wasn’t the mainstream tyranny of nouveau riche pop promoted by the orgiastic spectacle of Live Aid and Thatcher/Reagan’s world view, so much as the lacklustre state of the alternative scene. And I should know, I was right in the middle of it, desperately trying to find the future, clinging on for dear life to the Sisters, The Cult and The Mission’s 1969 Altamont version of the sixties. The heroic phase of the Independent movement was long past and there began to be a semantic shift from ‘Independent’ to ‘Indie’, from futurism to retro. For the first time there was a widespread impulse to look to the past.

During the punk and post punk era, the past was obliterated because there was too much happening in the present. But from 1983 on, like many others, I started to buy the occasional old record, usually from second hand shops. We began to reference old favourites like the Stones and The Velvets but also The Byrd’s, Love and Big Star. Sixties music contained cosmic open heartedness and Dionysian abandon that was attractive and cleansing. In their struggle against the dour eighties, Indie bands began to invoke the very decade that Thatcher and Reagan were attempting to discredit. Of course there was also a big element of nostalgic fascination but revisiting the sixties was a ready made solution to the post post-punk quandary of ‘what next?’

The Jesus and Mary Chains caterwauling mix of Beach Boys melody and oddly serene feedback pioneered this new ‘record collection rock’. Primal Scream were Creation label mates of the Mary Chain, frontman and notable sixties scholar Bobby Gillespie their original drummer. He became the figurehead of an emerging scene, set within the confined space of the British Indie movement, known variously as ‘cutie’, ‘twee’, ‘shambling’ or more usually C86, after an NME cassette of the same name. This heralded the true birth of Indie pop as a genre in itself, a genre frozen in pop history at 1966 and 1978 (just before the leaps into psychedelia and post punk).

Built on a self serving nationwide network of underground guitar music and fanzines, it was a ‘Revolt into Childhood’, a cult of innocence reflected in the school kid clothes, the duffel coats, outsize sweaters, bows, ribbons and ponytails and pale thin bodies. Infact, the whole look was jokingly termed ‘anoraksia nervosa’, and was written large in the group names: The Woodentops, Mighty Lemon Drops, Soup Dragons, Railway Children, The Pastels, Close Lobsters, Sea Urchins and the ultra naïf Tallulah Gosh. It was a revolt in the truest sense against the glossy, black influenced, dance orientated chart pop of the day. Indie pop made a fetish of the opposite characteristics: scruffy guitars, white only sources, weak folky voices, undanceable rhythms, lo-fi or luddite production and a definably sixties slant. Even hardcore hedonists like Pop Will Eat Itself, Stone Roses and the House Of Love got dragged in, seizing the marketing opportunities, albeit unconsciously.

In the end, by the late eighties and the final collapse of Rough Trade and the Independent distribution network, there was a desperate need for change. Rave and dance culture began to inform a different mentality. There was no longer a hankering for a present, shaped and moulded by the past. Instead there was a sense of inclusion. Indie popsters were all looking for a home excluded from the mainstream but the new baggy, Madchester bands, busily chomping E’s were the opposite. They embraced, and were embraced, by everyone. Even Primal Scream, the shamblers shining light, had ‘I’m Losing More Than I’ll Ever Have’ reworked into ‘Loaded’. And for the next couple of years everyone was.

Indie pop was severely castigated back in the day as ‘Regressive Rock’, stuck forever in pop history. Yet many of the key groups have proved surprisingly enduring. Kurt Cobain was a huge fan of The Pastels and The Vaseline’s, and the Manics revered the likes of McCarthy who had an unusual political consciousness and I’m surprised just how good The Railway Children, Wolfhounds, Pastels, Groove Farm and others sound now. The legacy is larger than anyone could have imagined.