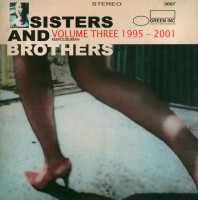 5 BLACKSTREET / No Diggity / Another Level August 1996

In a new climate demanding authenticity, Mary J. Blige hijacked pure hip-hop to pull R&B away from the courtship-grooving-in-a-club, get-your-partner-in-the-mood music-for-the-boudoir bullshit of the past. Sadly, Mary J. was still the exception and nineties R&B was still an ugly place to be. Sure there was Teddy Riley finally getting it right with ‘No Diggity’, Aaliyah’s ‘One In A Million’ stripping away almost everything but the beats, and all the ultra futuristic, super syncopated beat science. But for all the changing production paradigms, narcissism and naked greed still dominated.

In this climate, D’Angelo’s Brown Sugar, The Fugees The Score and The Miseducation Of Lauryn Hill were nothing short of revelations, standing as champions for soul’s ability to communicate more complex ideas. Looking back to gospel, vintage soul and old skool hip hop, they were the most influential albums of the era, and were followed by a whole raft of records navigating the present and the future while reconnecting with the past.

Neo-Soul presented one obvious connection with the past. Once just a record company marketing tool for D’Angelo and Erykah Badu, but arguably originated by Mary J. Blige, it also covered Macy Gray, Angie Stone, Rahsaan Patterson, Jill Scott and India Arie. Despite the crazy hair-do’s, vintage threads, appropriated sounds and early seventies mannerisms and styles, neo-soul was an honest update of soul, if not the revolution it often claimed to be. Hip-hop too was changing and for the first time Missy Elliott, Outkast and N*E*R*D* were building R&B into their sonic architecture.

Even sassy, manufactured femme funk like TLC’s ‘No Scrubs’ provided their own retro-nuevo revelations. Buried within the gender war lyrics was a wealth of information about the legacies of slavery, economic alienation and emasculation, and the divisive con of capitalism and the American Dream. In one stroke, ‘No Scrubs’ broadened the landscape of concern for a mainstream audience.

Of course, the group who came to epitomise new millennium black music more than anyone were Destiny’s Child. They appeared out of nowhere, with bottomless resources, great looks, teen longing and adolescent sass. Sounding somehow ladylike, even religious over immaculate beats from an all star cast of producers, the real star of the show was Beyonce, the epitome of an independent woman, and the face of the 21st century.