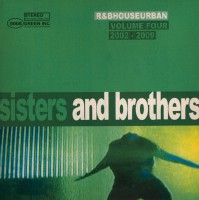 20 RAHEEM DEVAUGHN With Ludacris / Bulletproof / Single A Side September 2009

Destiny’s Child and Beyonce reigned supreme during the first four years of the new decade. The first iconic R&B figure since Michael Jackson and Prince, Beyonce continued to preach female empowerment, practising what she preached by building a formidable empire, her marriage to hip-hop King Jay Z the coup de grace.

Beyonce represented the aspiration R&B had been working towards which saw no contradiction in being sold as product while still representing the notion of soul. Most other idioms of music are far more wary of being so absorbed, of selling out, but post Thriller, R&B wanted to get there as quickly as possible, and Beyonce was the quickest of the lot.

While Beyonce and Jay Z symbolised the R&B/hip-hop union, they also symbolised the state of R&B in the 21st century, and that modern pop and the lure of the dollar had once again squeezed the soul from its bones. Interestingly, back in the nineties, when R&B was the mainstream, white pop artists like Britney Spears adopted an R&B style to find success, but early in the new decade that role was reversed, and R&B began a gradual inevitable decline. Arguably, commercial R&B is now as bad as ever, although artists like Missy Elliott, Outkast, and Gnarls Barclay have proved that with intelligence and daring you can break new ground and still be successful. However, these days more than ever, anything interesting and meaningful is usually under the radar.

Surprisingly, neo-soul has been both long lasting and meaningful. Artists like Erykah Badu, Raphael Saadiq, India Arie, Anthony Hamilton, Jill Scott and John Legend are fantastic, as are the lesser known neo-soulsters, a breath of fresh air amongst a stale mainstream, and the personal and political messages they purvey really mean something. After all, its not as if the 21st century is lacking the geopolitical turmoil, drug epidemics and global conflicts that fuelled souls classic seventies era. Even good ol’ R. Kelly prefers to explore the age old soul dilemma of the sacred and the profound.

So where will R&B, soul, urban, call it what you will, go from here? Perhaps Barack Obama can save the world and R&B. On election night the first soul president, raised on a diet of Stevie Wonder, Marvin Gaye and Curtis Mayfield, chose to paraphrase Sam Cooke’s infamous words, written almost exactly 45 years before: ‘It’s been a long time coming, but I know a change gonna come’. Today, in our ultra conservative, commercially dominant world, R&B may have a long wait!