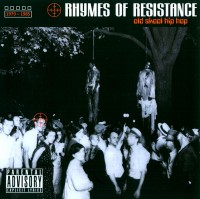 1979 was, in pop music terms at least, gloriously nuts. It was almost as if musicians from all sides of the spectrum understood that things would soon change and made hay while the last days of the sun still peeked through the emerging gloom. Punk and disco had taken the music biz by surprise, and as the corporation slaves struggled to understand what kind of noises and voices pop fans wanted, there was an unlimited degree of freedom and adventure echoing the joy and tumult of the mid 60’s.

As if to underline such a creative period, the Autumn of 1979 even witnessed the birth of an all new urban street style, the like of which had never been heard before. No one realised at the time but the birth of rap was just the first step on a long, long road that would ultimately result in total cultural and commercial domination.

The first rap record may well have been the false start of an insignificant Fatback B side but it was ‘Rappers Delight’ that announced raps true arrival. A massively important record in every sense, in reality it was opportunistic cash in of a freestyle form permeating the ghettos and projects of New York. Pioneered by young black kids from The Bronx, Queens and Long Island they had no idea they’d borrowed so heavily from Jamaican sound systems to liven up their local block parties, talking in rhyme over the instrumental bits and pieces of popular dance records. That connection had been made over six years earlier by hip hops founding father Kool Herc who had relocated from Jamaica to New York in the late 60’s.

Despite its murky origins, ‘Rappers Delight’ became a massive international hit. More importantly, it gave rap its first foothold in the singles mainstream, so inspiring an explosion of indie labels that initially proved a vital outlet. Even though they were the product of a vital, vibrant street culture, rap records were still novelty items. For a start, they all sounded far too similar and the content always featured ridiculous cartoon rhymes about girls, money and bigging up the DJ. These days, the likes of Kurtis Blow and Fab Five Freddy are fondly remembered but at the time they were considered mediocre, even boring. Then two records arrived that changed all perceptions literally overnight.

‘The Message’ was the big bang that blew away raps cartoon vibe in seven glorious minutes. The fact that it almost didn’t get made has been lost in time but with one eye always on the dollar, Flash and the Furious Five were convinced Duke Bootee’s rhymes would be disregarded by the ghetto kids who desired escapism rather than grim reality. Infact, it was only the persistent pushing of Melle Mel that finally changed their minds.

As if ‘The Message’ wasn’t enough, Afrika Bambaataa’s ‘Planet Rock’ underlined hip hops artistic credibility although it was a very different type of record. As an intimidating former gang member, Bambaataa had used his street respect to form the Zulu Nation, a collective of young black rappers, DJ’s and artists. With computerised, futuristic, Kraftwerk funk ‘Planet Rock’ invented the beat box sci- fi pulse of electro and gave hip hop the confidence to be whatever it wanted to be rather than the pop fluff it was in danger of becoming.

After two such daunting records maybe it shouldn’t have been too much of a surprise that apart from Rammellzee’s abstract ‘Beat Bop’, this new art form lost its way momentarily. Despite the presence of strong, independent women like Roxanne Shante, when MC’s weren’t rapping about dog eat dog struggle their rhymes were still riddled with dodgy misogyny, idle boasts and threats. Infact, by 1985 hip hop was perceived not so much as a passing fad as a passed fad. What flipped it around and made it so hugely hip again was the influence of a white Jewish hard rock fan on his youthful label charges and a nasty bastard from Philadelphia called Schooly D.

Aided and abetted by Rick Rubin, Run DMC and LLCool J changed the sound, style and attitude of rap in a matter of months, their records little more than voices rhyming roughly over a pounding beat box and the odd classic rock riff. Hip hop was revealed as the new rock’n’roll, an image improved dramatically when the old skool’s preoccupation with Village People kitsch was ditched in favour of real street style. As for the now forgotten Schooly D, his malevolent sexist slur remained underground but it did signpost an altogether more dangerous form that would only be fully explored five years down the line. The novelty days were definitely over. Hip hop was no longer mere entertainment. It was street warfare.