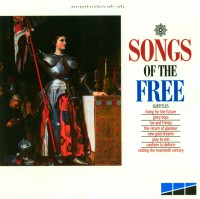 In its early years post punk evolved at a dizzying rate, one long rush of endless surprise and inexaustable creativivity. The next twist was constantly being anticipated, the latest leap forward, but gradually that creativity began to stall, 1981 marking an important second phase. Styles that had once been subsumed within the larger post punk rhetoric emerged from the genius of the early years to be named and identified as such, not least Goth, built from the cornerstones of The Birthday Party, Bauhaus, Killing Joke and The Banshees Ju Ju , and New Pop, the most dominant element of post punk’s important second phase.

By mid 1981, post punk had shifted decisively to a strategy of entryism, of embracing the major record companies rather than building an independent alternative. Sonic mannerisms that had once seemed charmingly quirky or inspiringly amateur suddenly sounded too earnest, too worthy. Perhaps we all got tired of the doom and gloom, the propensity of overcoat clad, angst ridden young men, but whatever the reason, after so much digging around in the darkness there was an almost inevitable swing back to the light of glamour, escapism and fun.

The most telling example of this phase was Scritti Politti’s rejuvenated leader, Green Gartside. Once DIY almost to the point of death, he did a complete about turn. Rejecting his former Marxist, nouveau squat philosophy, he became the first post punk musician to talk openly about pop as the way forward. Soon there would be a new hierarchy of gifted stars over talentless non entities. If ambition was now a virtue, there was nothing to stop artists embracing the star system. Scritti Politti, Cabaret Voltaire, DAF, even Genesis P. Orridge’s Psychic TV all signed with the majors.

New pop futurism and ‘The Big Music’ of The Bunnymen, U2 and Simple Minds abandoned the core quest for the authentic and revived the dream of self-reinvention. Together with the belief in authenticity another casualty was post punk's modernist confidence that it was possible to make an absolute break with the past. By contrast the second phase was properly postmodern, pillaging everything from Motown to psychedelia to glam. The dream suddenly became reality as new pop rampaged over the surface of everyday life in a way previously thought unthinkable. The main protaganists all enjoyed varying degrees of success and yet, just over 18 monthes later, it was all but over and it appeared as if post punk and new pop had finally run their course.

Of course much of it returned underground although some still lingered in the mainstream; New Order cutting a lustrous path to the dance floor; 23 Skidoo’s move to motorised avant funk; Cabaret Voltaire’s cathartic embrace of structure and groove; Depeche Mode’s workers power imagery and S&M pervery; Echo & The Bunnymen’s glorious chart bound celebrations; U2’s shimmering atmospherics. And yet, despite post punk’s diminishing visibility, there was still time for one last heroic stand.

In the Winter of  1984, Frankie Goes to Hollywood stood at the very crossroads of pop culture as punk’s last blast. Superficially at least, they resembled the Pistols commotion, the BBC ban, the media outrage, the brilliant singles, the disappointing album. And in much the same way they heralded the end of an era. At the time Frankie appeared a viable, potent protest, shining so brightly and raging so hard but post Live Aid, with the pomp and greed of a new ruling pop and rock elite they got lost, like so many others, in an arid musical wasteland of old rockers, careerist charlatans and men who would be God. After six years of post punk terrorism our pop lives would never be the same again.