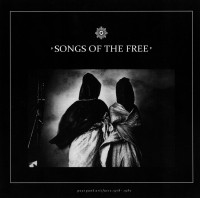 10  Magazine : Give Me Everything : Secondhand Daylight LP March 1979

01  A Certain Ratio : Flight : The Graveyard And The Ballroom Cassette January 1980

12  Associates : Even Dogs In The Wild : The Affectionate Punch LP August 1980

Punk was never built to last, we knew it even then, so when it descended into a squalid, caricature of its once glorious self in the long hot Jubilee Summer of 1977, it came as no surprise. Populated by a new breed of glue sniffing sheep wallowing in a miserable, violent abyss, it felt as if a once bright future of infinite possibility had turned into a litany of tribal tyranny, mohican haircuts and High Street fashion. The fragile punk unity of working class realism and artful innovation fractured and dispersed, each nurturing its own version of what punk meant and its own vision of where to next.
Oddly, music culture has never really made up its mind about the ‘art’ word, so often used as an insult and regarded as the antithesis of rock’n’roll; privileged, bohemian and somehow inauthentic. Infact, punk itself was often perceived as a revolt against such pretensions, despite the arty backgrounds of McClaren, Westwood, their Kings Road coterie and punk’s original movers and shakers. Ironically it would be a similarly driven handful of provincial misfits who would form the post punk vanguard.

Of course, it could be argued that post punk is just another meaningless term to encapsulate the wide range of music that emerged from punk’s shadow, and that argument would be right because it is just a 21st century invention of journalists too young to have been there. Yet even without such a handy generic title, we knew instinctively that all the participants were connected and that connection was punk.

Naturally John Lydon was the first to start swimming against the tide. A couple of years earlier, amidst the chaos of the Pistols, the singer would answer questions about his groups supposed destruction of rock’n’roll with a dismissive “Who cares about the music?” But Public Image Ltd were all about the music; exploratory, brutal and mesmerising. That such an iconic figure was prepared to cast off the ghosts of Johnny Rotten, the Pistols, Mclaren, sad Sid and his old audience was significant enough, but to pull the limbs from rock’n’roll’s bloated corpse was even more momentous. Suddenly, groups began to explore new sonic possibilities through electronics, noise, dub, funk, disco, musique concrete and the avant-garde, unattainable dreams becoming attainable reality for anyone with a good idea galvanised into action by a hugely influential music press, the aberration of Thatcher, fascist violence, mass unemployment, a near police state and a widescale looting of 20th century art, literature, philosophy and movements. The manifesto of individuality finally kicked in and there were none more individual than Vic Godard, Siouxsie, Mark E Smith, Julian Cope, Howard Devoto, Mark Stewart, Ian Curtis, David Byrne, Green Gartside, Ari Up, Billy Mackenzie, Jerry Dammers, Robert Smith, Phil Oakey, Ian McCulloch, Kevin Rowland, Billy Mackenzie, Jaz Coleman, Adam Ant or even Bono.

If punk was nihilistic and destructive, post punk was the polar opposite, positive and constructive, a reason to get excited again with a mesh of activity and discussion that made the world more interesting and life more meaningful. Punk may have been the shared point of origin, but what followed was a space of possibility where anything could happen and usually did. Post punk was a discourse about music and out of that discourse a whole range of new genres eventually emerged. What united them all was a set of open ended imperatives, innovation, deliberate oddness and a timely rejection of all things precedented. After ‘The Big Bang’ of punk it was the new dawn we had all been fighting for.