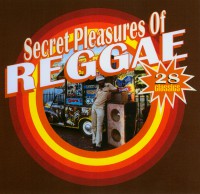 I’ve always had a soft spot for a bit of reggae which I assumed came from buying Marley’s Catch A Fire in the mid seventies. ’Stir It Up’ and all that. But, the more I thought about it, the more I could remember the reggae hits of the late sixties and early seventies. There were dozens of them, from ‘Wet Dream’ to ‘Love Of The Common People’ to the classic ‘I Can See Clearly Now’. And yet  in my naïve, pre- teen mind I’d always thought of them as pop hits and not even considered where they’d come from or who was singing them. Of course, they are a million miles away from Burning Spear, Lee Perry, U Roy or even Bob Marley, but at the time they spread the word of reggae far wider than their more illustrious brethren. They captured the imagination of British youth, crossing all boundaries of race and colour, loved as much by skinheads (pre right wing version) as rude boys (an Anglicised version of the Jamaican real deal). And little kids like me loved them too because they were unbelievably infectious and radio friendly.