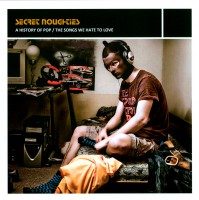 If the nineties were the definitive pop low, the noughties were the definitive high. Pop in the noughties was everywhere, doing what it does best, invading the very fabric of our lives on TV, films, adverts and video games, in shopping malls, lifts and pubs, sung in dreary cover versions on TV talent shows and blared by tuneless amateurs in karaoke sessions. Ironically, as the music biz suffered a near fatal collapse, pop returned with a vengeance. There was no escape.

What changed the very nature of pop music and sparked a revolution in consumerism and creativity had nothing to do with any individual group or new genre and everything to do with technology. The invention of the ipod and itunes, Youtube, Spotify and illegal downloading allowed us to access any music, anytime, anyplace, anywhere. No longer brainwashed by conglomerate marketing and corporate radios exclusive playlists, we could listen to whatever we wanted, and with the inevitable demystification of computer software allowing any kid with a PC and a hatful of ideas to create music from the comfort of their own bedroom, there was a helluva lot to listen to.

Amongst all this activity it wasn’t really surprising that no decade defining trend or centre of pop gravity emerged. The one noticeable difference with the seventies, eighties and nineties was the incredible rise of the strong, independent woman, either as a part of manufactured girl groups, or as individuals in their own right. Some were authentically soulful while others were sexed up and auto tuned within an inch of their lives, but then great vocal talent has never been a guarantee of great pop has it?

Like a billion others, I became infatuated, largely through my young daughters own obsession. She was, and still is, going through that pop phase we all have to go through to get to the other side, although ‘Buttons’ or ‘Poker Face’ are infinitely preferable to the ‘Chirpy Chirpy Cheep Cheep’ pop of my pre teens.

For the first time since the early eighties pop began to move away from Secret Pleasure territory, aged scribes and intellectuals trampling over each other to expound its considerable virtues. Suddenly it had become interesting and almost cool proving, as if any proof were needed, that the pop song is still one of the greatest inventions of the modern world. Of course, I know they are only pop songs, but I would argue that bullets are only metal, money is only paper and religion is only old stories. Do y’know what I mean?