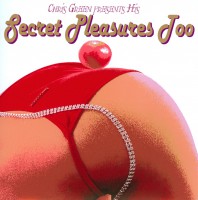 Just like snorting coke or bondage, these songs are thrilling pleasures to be explored and enjoyed in secret. And there are hundreds and thousands of them. Start poking around in the dark holes of your mind and you’ll find a disc full without any effort. Add on snatches seeping in from radio, TV, background noise and micro memories from fucked up childhoods where music was the only refuge and theres even more songs from youthful days touched by the mysteries of pop. They mean everything yet nothing.