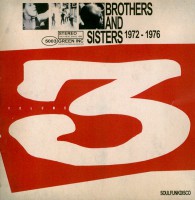 17 PARLIAMENT / Give Up The Funk / Mothership Connection July 1976

The early to mid seventies were jammed with artists deconstructing, then rebuilding soul music into new shapes and forms. The move to funk saw danceable rhythms start to replace the singer and the song: Al Green, seen by many as the standard bearer of the classic soul sound, continued his struggle between the pleasures of the flesh and the ecstasies of the spirit; the once driven Stax empire collapsed in a confusing mess and Motown checked out of Detroit for LA and was never the same again. Of course, Marvin Gaye, Stevie Wonder and The Temptations made some remarkable ground breaking records, but Motown no longer had the touch. They became just another record company, albeit a very big and successful one. One remnant of classic soul that did remain was Southern soul but with a new female twist. During the sixties most women had been mere puppets but following Aretha Franklin, Denise La Salle, Jackie Moore, Ann Peebles, Betty Davis and Candy Staton, injected the long suffering female soul persona with a real rage.

The last major movement of the classic soul era to have any real impact was Philly Soul, dominated by Kenny Gamble and Leon Huff’s Philadelphia International. Gamble and Huff embodied the contradictions that were threatening to tear black America apart in the mid seventies: Gamble was a cultural nationalist, but his music helped pave the way for disco; they preached about ‘cleaning up the ghetto’, but aimed their records at the new hi-fi systems of the emerging black middle class; and they wrote paternalistic message songs that often criticized masculinity.

The sound of Philly symbolised the struggle of all popular seventies soul. It was a sound trying to move forward and aspire to something greater while still clinging to its soul roots. But it was those differences that made Gamble and Huff’s vision the most fascinating. Their greatest success came with The O’Jays and Harold Melvin, who enjoyed big hit singles while filling their albums with Gambles heavy message songs.

Philadelphia ruled the charts in 1974 but as the disco behemoth emerged from the shadows, the hits dried up almost instantly. With a pre-history cast from ‘Law Of The Land’, ‘The Love I Lost’ and Barry White, disco didn’t truly arrive until Thelma Houston’s version of ‘Don’t Leave Me This Way’. It was the ultimate disco record and took the genre around the globe. No-one knew it then, but soul music had already changed forever.