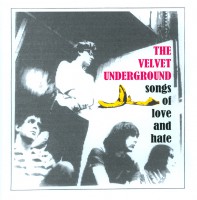 The Velvet Underground have never been simple entertainment. Their LP’s are not something you put on as background music and never will be. They are serious stuff, and in their own way that first musical ‘other’, definable only in their opposition to the status quo. When I first came across them on the Live 1969 double they were like nothing I’d ever heard before. Even total immersion in Bowie and Transformer hadn’t prepared me for their glorious racket. Actually, they shouldn’t even have figured on my radar because the mid 70’s was more about glam and greasy rock with a bit of prog light and funk thrown in. The Velvets just didn’t fit and in 1974 that was unusual in itself.

Live 1969 was certainly another major step on my path to musical enlightenment and set me on a manic hunt for the rest of their long deleted, small yet perfect catalogue. Only the badly typed, photocopied list of second hand mail order specialists Cob Records in Porthmadog was able to save my soul with dog eared, scratched copies of the lot. My favourite? It’s got to be White Light/White Heat. The fact that it sounds like it was recorded on cassette in a garage with the car still running may be off putting to some but for me that’s what makes it so unbelievably great.

1. I’m Waiting For The Man / The Velvet Underground And Nico LP December 1966

2. Venus In Furs / The Velvet Underground And Nico LP December 1966

3. All Tomorrows Parties / The Velvet Underground And Nico LP December 1966

12. Beginning To See The Light / The Velvet Underground LP March 1969