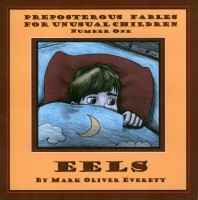 It’s now over a decade since Mark Oliver Everett brought his group Eels into our consciousness with ‘Novacaine For The Soul’. It’s a testament to his skill as a songwriter that those early songs continue to stand up as shining lights emerging from his darkness. In fact, in a weird twist of fate, many have become known the world over due to their use in films like Shrek and Yes Man. Yet even when their heard through that medium, in a completely different context to the one he originally intended, you can still hear his sheer humanity bursting through.

Mark Everett’s records have always tended to hit like a torrent of pent-up emotions; the death of his parents; his sisters suicide; his cousins death on 9/11; the end of his marriage, his own bouts of depression. And yet, between the misery and the heartbreak, he has always been able to find some sort of balance within his often twisted existence. For all of his bleak discourses over the years, he has also reflected our own emotional vulnerability; love in bloom and decay, hopes and fears. Mark Everett may have had more than his fair share of shit in his life but he has found a wonderful way to express it to both his and our benefit.

21. Things The Grandchildren Should Know / Blinking Lights And Other Revelations LP April 2005