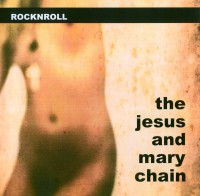 A decade before Oasis coined in the cash, ‘Upside Down’, the Jesus And Mary Chains debut 45 was the record that pushed Creation Records beyond the murky mediocrity of my own and most other Independent labels. As such, it was the one record I so desperately wanted to hate it but just couldn’t. It was and still is a fucking genius leap in the dark, the most terrifying rock noise of all time harboring, albeit on a selective cult level, most of the elements that had made punk so great. The fact that it pretty well told you everything you would ever need to know about the Mary Chain is irrelevant, because there was plenty more fun to be had.

Painted as riotous heathens, William and Jim Reid were obviously quiet, artful, fraudulent, student types who became one of rocks most loved exercises in post modernist gloom. Psychocandy was their classic featuring here even though it’s not dated so well, the spidery tunes being little more than the ghosts of Spector, the Beach Boys and the Velvets buried deep beneath a wretched, ear splitting squall of feedback. But there was more to these brothers Grimm than that.

Working from some secret master plan tucked away inside their messed up tiny minds they became post punks nihilistic dream incarnate, stripping away any hint of life’s wonderful colours to bury themselves in a litany of misery, wishful sexual thinking and a vast expanse of total darkness. Everything was black and yet it was their very blackness that attracted me the most.

Apart from the obvious, irresistible, record collector homage’s there were also moments of innovation and side splitting humour; the baggy before baggy ‘Sidewalking’, the jokey chunder of ‘Kill Surf City’ being more obvious examples. Even the last song here, William’s ‘I Hate Rock’n’Roll’, is funny as fuck particularly when you consider that as far as the Mary Chain were concerned, that sentiment was so obviously bollocks.