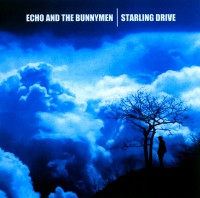 The first local group I got excited about, and subsequently got involved with were The Stills, five just left school boys from the outer reaches of North Reading and the villages beyond. All dark baggy suits and Joy Division atmospherics I thought them so far ahead of the pack they couldn’t possibly fail. A year or so after I met them they began renting a flat together in Starling Drive, Tilehurst. It was all you would expect from five 18 year olds; filthy, chaotic, drink soaked, laced with pharmaceuticals and semi naked girls, but what I remember most is their affection for The Bunnymen, their records on constant rotation. The Stills collective enthusiasm was so infectious and so very of the moment that within a week or so I too had succumbed to the charms of McCulloch and co. And from that point on it’s no exaggeration to say that The Bunnymen became one of the most important groups in my life and still are. Whenever I listen to any of those first four albums these days I’m still lifted high on their glorious, celestial drive of crystal guitars, beseeching vocals and thundering rhythms, and they remind me once more that even with all the angst and pain, what life is really all about is seizing each precious moment and living it to the full. Now I couldn’t really ask for any more than that could I?