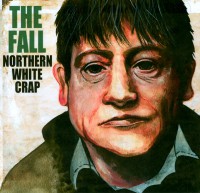 Through the final years of the 70’s I’d often sit in my bedsit listening religiously to John Peel, 10 till 12, Monday to Thursday. It was the only place to hear anything old or new outside of the top 40. As renowned Peel favourites The Fall would always feature heavily. Try as I might I just couldn’t escape them. It was almost as if Mark Smith was hunting me down for being the soft, middle class, southern wanker he undoubtedly would have thought I was. And incredibly, a mere 35 years down the line, he continues to be a fly in the ointment, the ultimate punk for sheer persistence alone.

At the last count there were 30 Fall LP’s, five live LP’s, 36 compilations and countless singles and EP’s. An absolute minefield for even the most avid fan let alone a newcomer. But for what it’s worth, I’ve trawled through most of them and come up with my 20 favourite Fall songs. Of course no Fall collection can ever be definitive because just when we think we’ve heard the last of them along comes another LP and tour, another gnarly rush of punky garage rockabilly topped off with those doleful, inimitable, artful musings on the ridiculousness and wonder of the world we live in. Forgoing a nice, quiet, retirement down the pub, Mark Smith continues his unenviable quest. The funny thing is I’d bet money even he doesn’t know why he’s still doing it but I guess he will no matter how old he gets. The Fall is the itch he just can’t scratch, a curse he will never be free of until his dying day.

12. Lay Of The Land / The Wonderful And Frightening World Of The Fall LP September 1984