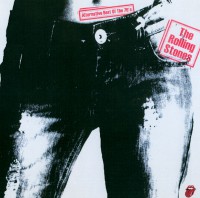 During the 70’s The Rolling Stones were always around, not always full on but always lurking in the shadows. They were the one constant soundtrack in my teenage world. Even at eleven I remember Sticky Fingers being passed round the class, original zip cover intact. In 1973 I groped my first girl to Goats Head Soup. In 1975 we suddenly thought we were the Stones, dressed in our mothers fake furs, long scarves, gypsy swirls and skull earrings. We sought the high life in small town suburbia, rich kid parties, red wine and dope, blowjobs and blowouts, beatings and arrests. Hell, we even had our own Anita Pallenberg and Marianne Faithfull in tow, 15-year-old versions naturally. We got shit faced to Black and Blue, howling ‘Memory Motel’ in the pubs before punk kicked it all in the balls a couple of months later. Even then as the ripped and torn Kaotix we paid homage in a vitriolic 20 minute ‘Not Fade Away’ thrash. 70’s Stones? I love them.