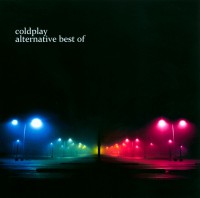 It must have been 1999 when I first saw Coldplay at the Oxford Zodiac with Muse the support act we all ignored. I had no idea what they would both become but then the same thing happened with the Kings Of Leon and Arctic Monkeys. The incredible thing is I still love them all and yes, that means Coldplay too because one thing that hasn’t changed is their lack of credibility. Man, some people hate Coldplay with a passion, as if all the world’s ills reside in Chris Martins dodgy piano. There was a moment around Parachutes when their arse was kissed by all and sundry but now its left to glitterati like Jay Z and what the fuck does he know right. One thing I like to do is count up the number of times the words dull, boring and worthy appear in any Coldplay review. The world record is 23 which sure is going some.

My theory is the problem started all those years ago with the ridiculous comparisons to Radiohead, those original bastions of seriousness. That lazy piece of bullshit has been nothing but a chain around Coldplay’s neck ever since. I’ve never understood it anyway. Surely anyone can see Chris Martin is more Morten Harket than Thom Yorke. When you compare Coldplay to A-Ha it makes so much more sense. Forget all that middlebrow bollocks, Coldplay are popbrow and always have been. And once you know that they suddenly come into their own.

15. Cemeteries Of London / Viva La Vida Or Death And All His Friends June 2008