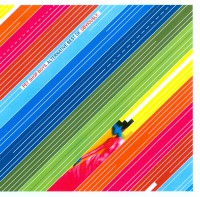 In September 1987, three months after Thatch the stinky snatch completed her hat trick of election victories, Neil Tennant and Chris Lowe made an album that remembered all we had lost since the start of the decade and reconnected the fast disappearing alliance between escapism and political awareness. Suddenly the Pet Shop Boys were everything the post punk new pop dream had ever wanted to be, true subversion underlying a shameless desire for hits, dry intellect merging with a return to pop and all its gay disco glory.

From thereon their records always danced around God’s handbag before doing naughty things to strangers on their way back from the toilets. New Order with meaning, The Smiths dancing til’ dawn, all shot through with sorry tales of doomed streetlife documented as eloquently as Shane MacGowan. Is it any wonder I loved them.

Sure, a decade later they may have got a little bit repetitive, and maybe I have had to cheat a little here to squeeze in some of the hits because the Pet Shop Boys without any of the hits, no matter what the mix, are just not the same. So ‘Suburbia’, ‘Paninaro’ and ‘It’s Alright’ rub shoulders with all those not so well known B sides and album tracks although these are all so well chronicled nothing here should be hard to find. Yet find them you should because Neil Tennant and Chris Lowe remain our most dignified and undemonstrative of pop visionaries.