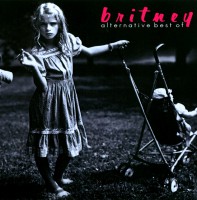 Britney Spears career has followed a curious trajectory. For years, she’s been dismissed as nothing more than a cipher with a wisp of a voice, but from the moment her star burst into life, her albums have steered bubblegum into weirder, wilder territory; a mash up of Bollywood and spy-movie guitar here, a furious dubstep breakdown there. In a 21st century dominated by mix’n’match homogenised dross, she is pop’s stealth avant-gardist.

Now whether that alien concept has got anything to do with the girl herself is debatable given her tendency to sound weirdly absent from the core of her own songs. It could be argued that any cutting edge innovation is down to Britney’s battery of contemporary producers using her personal woes and supposed lack of interest as an excuse to experiment. Of course, none of this matters. No-one buys Britney records to hear her skill at the mixing desk any more than they do to hear her wailing away like Janis Joplin. Ultimately, what sets Britney apart is her unrivalled ability to thrill and seduce us and that is 100% down to her.

In more recent years, apart from her continued trials and tribulations, the one time gymslip diva has also had to contend with the emergence of Lady Gaga, Katy Perry and Rihanna - a brash new wave of female performers who have made their mark while seemingly exercising far more creative control. Just where this leaves Britney remains to be seen. Her singles may no longer storm the charts, her voice may be shredded, processed and roboticised, and her rep as the poster girl for escapism may have faded, but, at the end of the day, I know that she still epitomises everything I love (and hate) about pop music.