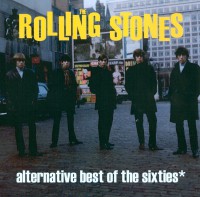 Do I like the 60’s Stones? Yes I do. In their whole catalogue there’s not really much I don’t like. There’s the odd whimsical regency period la-de-da nonsense when they thought of themselves as aristocratic young bucks, but nothing truly unpleasant. Infact, this alternative best of the sixties, effectively The Stones without any of the hits, sounds as good if not better than most of their 30 or so compilations. If anything, its remarkable how their transition from raw, virtually inept rhythm and blues band to masters of late 60’s malevolence runs so smoothly with barely any cracks; from Uncle Chucks ‘Carol’ to ‘Monkey Man’ in less than six years and 23 easy steps.

11 Complicated / Between The Buttons January 1967