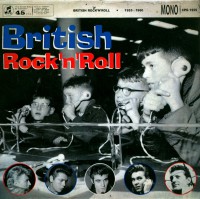 I guess it won’t surprise anyone to learn that it was an American film, the teen classic

Blackboard Jungle, that sparked the whole British Rock’n’Roll shebang in October 1955. In our grey, post war climate full of emergent teenagers desperate to escape the staid world of their parents, the use of ‘Rock Around The Clock’ and the scenes of brooding resentment had such a massive impact they caused rioting in the aisles. And yet while Blackboard Jungle was the blue touch paper, the real explosion only came when some enterprising Decca Records exec decided to capitalise on the film’s success by releasing Lonnie Donegan’s ‘Rock Island Line’.

Recorded over a year earlier on 13th July 1954, a week after Elvis recorded ‘That’s Alright’, it had already been issued on a Chris Barber LP. It wasn’t strictly rock’n’roll; it was skiffle, the original DIY music, but it was the only thing we had. In fact, immediately upon release ‘Rock Island Line’ proved such a sensation that every town suddenly had its own group playing its own home brewed version. For a good 12 months skiffle ruled the roost and did a great job in breaching the establishment barricades to let the teen hordes pour through before real rock’n’roll, or at least the sanitised Brit version, arrived.

Now, these days Tommy Steele may be almost forgotten but he really was Britain’s first bonafide rocker; a real groundbreaker. The only problem with his records and those that followed was that more often than not they were made by session jazz muso’s earning a bit of extra cash. Consequently British rock’n’roll failed to develop organically. Pre-planned and recorded from sheet music, all spontaneity was clinically removed, a world away from the authenticity of Chuck Berry and Elvis.

Of course, the kids were none the wiser but that whole jazz thing was why homegrown rock’n’roll remained a complete dog. The good stuff was noticeably absent amongst a whole heap of showbiz, end of the pier shite. Believe me, I had to listen to a lot of songs to arrive at these ten. During a five year period of unbridled change between 1956 and 1960, a period that heralded the birth of the teenager, I was shocked that these were all I could find but this really is it.

Lonnie Donegan didn't invent rock'n'roll. He didn't even invent skiffle. But just like Elvis he was the great populariser and this ancient American folk song will always be starting point for everything this side of the water.

After Lonnie Donegan there was nothing apart from cash in skiffle hits like ‘Freight Train’ and ‘Last Train To San Fernando’. Strangely, the closest Britain got to a real rock’n’roll record was 34 year old balladeer Jimmy Young’s weird, echo drenched ‘Chain Gang’, a chart hit that came months before Elvis’s British debut.

The British scene revolved around one little café in Old Compton Street, Soho. The 2i’s was where 19 year old merchant seaman Tommy Steele blagged a gig to play the rock’n’roll tunes he’d collected on his travels. Gifted a record deal almost immediately, our Tom ruled the roost mainly because he had no competition whatsoever. Odd then that I only remember him as the very essence of Mr Showbiz.

‘Sizzling Hot’ is the best skiffle record there ever was. A riotous match for any wild woods rockabilly, if it was American it would still be hailed as a classic.

Terry Dene only made it onto here at the last moment. A largely forgotten figure, he was branded a trouble maker by the press before he’d even hit 20 and soon disappeared into the murky world of evangelism. While ‘Baby She’s Gone’ couldn’t possibly match Jack Scott’s original, in the context of the times it was a lot better than most everything else.

Much like Tommy Steele, Cliff will only be remembered for what came next; a descent into horrible light entertainment and easy listening hell. Once upon a time he had it all; the quiff of quiff’s, a pink jacket, an exotic air and a landmark debut single that just happened to be the first British record to truly match what was going on in America.

Spotted by The Clash deep within a dodgy catalogue of cover versions and one minor chart hit, if stardom was based purely on image Vince Taylor would have been The King. Even so, ‘Brand New Cadillac’ alone is still some legacy.

A shy extrovert with the perfect quiff, Billy Fury had it all; the looks, the mystery and an LP, The Sound Of Fury, that broke all the rules. Undeniably the best British rock’n’roll album, he wrote everything on it which was unheard of. Predictably it was almost completely ignored. Thankfully the man himself wasn’t.

A complete masterpiece and the best pre-Beatles British record by a long way. No-one else, not even mad Vince Taylor, got anywhere close.

The count up of great British rock’n’roll records barely fills the fingers of one hand. ‘Move It’, ‘Brand New Cadillac’, ‘Shakin’ All Over’ are the only definite’s. While ‘Wondrous Place’ is a brilliant, sensual pop record I’m not so sure its rock’n’roll but its still a great place to end.