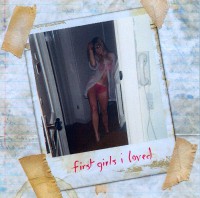 Unashamedly sentimental and self-indulgent, I offer no apologies for First Girls I Loved. While I like to think of this as my Nick Hornby moment, I know there is something intrinsically sad about any man my age reminiscing about his first loves. I don’t even have the excuse of being in the midst of some kind of middle aged crisis.

It goes without saying that these brief relationships were nothing like the love I’ve known as an adult, but I would never dismiss them as insignificant or meaningless. Young love can be just as real and often ten times as painful as the adult version, a complicated, messy yet exquisite thing mercifully free of the daily grind and the humdrum mechanics of living that inevitably dampens our ardour the older we get.

Even in my pre and early teenage music was everything, so it was only right that my liaisons would become intrinsically linked to a particular song, not that the girl in question was always aware of it. For most seventies teens that meant a soppy ballad of the fairly gruesome kind. Yet while I did occasionally seek solace in the likes of The Chi-Lites, Harold Melvin or The Stylistics when I was feeling particularly gloomy, my relationships with these girls meant so much more.

Digging into my memory banks, the songs that have remained with me are nothing like any mawkish, stereotypical, soul smoocher. I may not have heard most of them in a long while but the bit of Motown, couple of forgotten chart hits and favourite LP tracks here continue to be the perfect evocation of my lovelorn times. And if their still in my head after all these years, I guess they always will be.

Julie always let me catch her at kiss chase. After school we’d meet in the bushes where we’d carry on kissing until our lips felt bruised. It was Julie and Chris, Chris and Julie, as innocent as innocent could be. Sadly, the following year we went to different secondary schools 10 miles apart. We would still meet in the bushes until suddenly it was no longer just Julie and Chris, Stephen was there too! Like the naïve dope all boys are at 11, after a week of taking it in turns to kiss her, I finally worked out that her feelings had changed and left them to it; a first valuable lesson learned.

The briefest of brief encounters, I danced with Beverley just once at a youth club disco. The record we danced to was ‘I Can See Clearly Now’ and suddenly, magically, I could. My heart pounded, my legs and stomach turned to jelly, and talk of paradise and heaven suddenly seemed to make perfect sense when I realised it had nothing to do with God and everything to do with girls.

I grew up with Sue. A year older than me, she’d lived two doors away my entire life. Even in our teens we had stories to tell and memories to share. It was unthinkable we would ever be boyfriend and girlfriend but we were more than happy to fiddle about with each other under the pretext of French or maths homework while Rodney & The Faces, The Stones and Bowie blasted out to cover the furtive rustling. Thankfully, despite being in her bedroom for a couple of hours most nights, her mum never came in once.

Songs are wondrous things, otherwise how could a Stevie Wonder single from forty years ago take me straight back to a tiny disco in a small Austrian ski resort watching a 15 year old blonde girl gently moving to the hits of the day. I was just happy to be with her although in hindsight, sneaking out of the school hotel to walk the three miles there hadn’t been the best idea in the world, especially when a sudden snow storm required a search party to find us wandering back at midnight, two hours after curfew.

The resulting ban from the slopes didn’t bother me, it simply gave me more time to gaze at her adoringly. Of course I never kissed her, how could I when she was perfection personified? Maybe that’s why her best friend pulled me to one side on our return to school and said ‘Julie thinks your sweet but she just wants to be friends’. Ouch!

We used to carry a battered old cassette player around at school to blast out our dodgy mixtapes at the end of the school field every lunchtime. Filled with the usual culprits; Bowie, The Stones, Mott, Roxy, some Rodney, Cockney Rebel, Elton and selected chart favourites, we would singalong like wounded hyenas inbetween drags on a shared Number Six.

Anne was the first girl to show an interest in me before I even knew who she was. Being a little shy, with her dutiful best friend in tow, she displayed that interest not by talking to me but by edging ever nearer each lunchtime. Finally I realised what was going on and we got it together in the long grass behind the cricket nets. Funnily enough, we never did get to talk that much!

A raggedy blonde with hazel eyes, Natalie was my first in so many ways. I realise now how I’ve built her up to become someone she almost certainly never was but over the winter and spring of 1975/76 my infatuation with her was absolute and together we embarked on a glorious, typically smalltown, rite of passage that was so intense, and at times so reckless, even now I shudder to think of the possible consequences. Pushing our limits while unconsciously seeking the truth about life and the meaning of it all, we seized the nights to explore everything we possibly could in a chaotic, drunken, lust for life.

When it ended after one of her off the cuff whims - a night out with the local, bad boy loser and his Ford Capri ‘to see what it was like’ - I knew we had gone as far as we could. Yet that didn’t stop me grieving for her and the wonder of the time we’d had. If only I’d known that a little over a month later the Sex Pistols would open up a whole new world of infinite possibility and unbridled freedom that would change me forever, I may not have found it quite so painful.

Over the first, long, hot summer of punk, when we had nothing better to do we could be found at the opulent parties hosted by the rich, young socialites of leafy Berkshire in the orchards, barns and outbuildings of their parents great houses. These were seriously wealthy Oliver’s and Caroline’s and we were the entertainment, the whiff of danger they so desperately needed before returning to their expensive private schools.

I couldn’t have found anyone better than Anita to spice up my love life. Tall, slim, dirty blonde, French and incredibly tender she gave herself freely and I loved her for it. We shared some of the greatest adventures at early Pistols and Clash shows, hanging around the Kings Road, jumping trains and finding somewhere to lay our heads in piss stinking bus stations and rotten West London squats. Despite being a completely alien way of life, in her own stylishly chic way she embraced it all, adding immeasurably to my huge, almost messianic leap into the everlasting present of the teenage.

Yet we always knew that our incredibly intense partnership was never going to be anything more than an all too brief interlude before she returned to her Swiss boarding school and her life of privilege. Years later I came across a mutual friend who explained how Anita had tried to find me the following summer and had been inconsolable when that proved impossible. At the time I had no idea, but I still couldn’t help wondering what might have been. Sometimes I still do.

I was 16, Nicola was 14 and that bothered me, not least because of my piss taking best friends child snatcher jibes. In the end, and to my eternal shame, I dumped her. I was fine with it until a couple of weeks later when she turned up at a party as his new girlfriend. The bastard had planned the whole thing and I’d fallen for it hook, line and sinker. Naturally fisticuffs ensued although I came off worse with a broken front tooth. But I needn’t have bothered. Nursing my bleeding mouth, the still sweet on me Nicola whisked me off to a vacant bedroom before righteously ditching him for his devious trickery.

A 15 year old punkette in dog collar, mock leather mini, ripped stockings and old school blazer, Fiona was my girl with the ginger hair and another of those rare creatures who liked me so much she followed me around doe-eyed even when I was with someone else. Permanently attaching herself to our small tribe, whenever I was on my own we’d hook up to indulge in long, indepth conversations followed by equally intense moments of pure physical pleasure in shop doorways, garden sheds, club toilets, in fact anyplace we could find that was away from the crowd. I got used to her being around and started looking forward to seeing her but then, literally overnight and without any warning, she disappeared without trace. And guess what? I really missed her. A classic case of not knowing what I had until it was gone.

Judy was never a punk. She was a gypsy or so everyone said. Dark haired, dark skinned and dark eyed she had an air of mystery about her and a free spirit I found deeply alluring. I guess we were both misfits of a sort, it was just unfortunate that we were on completely different paths. There were so many things about her that were beyond my newly awakened view of the world, not least her Godawful taste in music, particularly her love of Fleetwood Mac. Similarly, my love of punk and reggae was beyond her. We weren’t a natural fit and we knew it but we persevered because there was a definite spark. Of course, there was no future in it and despite being an irregular item for five months we decided to get out before we started ripping lumps off each other. Even so, there were still some tears and they weren’t all hers either.