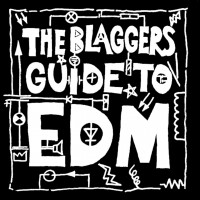 Electronic Dance Music has long been a bewildering array of genres, sub genres and micro genres. Even the term EDM can cause apoplexy amongst the experts, generating so much controversy it’s impossible to reach any kind of conclusion. It’s certainly a tough music to get into, especially without some help. Packed with a mystifying vocabulary and never ending supply of artists and genre labels, all with their own distinct identity and sound, EDM can appear impenetrable and incredibly daunting to a newcomer, but if you dare to enter its forbidding portal, you will also find it infinitely rewarding.

Now I’m no expert but very broadly speaking, the core EDM genres go right back to the seventies and went something like this: disco, electronica, electro, house, techno, rave, drum and bass, dubstep, before they fragmented into a multitude of sub genres and micro genres, some so small and so brief that I often question whether they existed at all. And that’s where it can become a real head fuck, especially if you’re traditional rock and pop principles are still intact.

When I took my first tentative steps into EDM, my take on dance music was fundamentally rockist. I had never really engaged with club culture and struggled with how EDM functioned; how the artist was largely anonymous and how the track was the only thing that mattered. Deliberately faceless and dehumanised, EDM opposed every principle I’d been raised on. Even now, I occasionally have to fight my inbuilt impulse to connect the music to an actual human being.

And yet despite all that, I’ve been happily listening to all kinds of EDM ever since. Of course, I still feel like I’m blagging it, an interloper regularly astounded by his own ignorance, but unless you’re a dance music snob that’s not really the point. I don’t care if its wild pitch, crusty, wonky or purple, EDM may be the most radical, challenging music out there but like anything else, if it’s good it’s good.

To help get you started, this guide offers a simple snapshot of the various sub and micro genres that have grabbed my attention over the years. Some you may have heard of, most you will not. I’ve also selected one track to represent each genre, well aware there are literally hundreds that could have done the job just as well. So leave your principles at the door, be prepared for anything, and jump right in.

A lot of good stuff came out of Belgium in the mid to late eighties. First off there was electronic body music, a form of industrial dance pioneered by Front 242. Then came new beat, a meeting point between techno and rave which retained the dark industrial connection but threw in some EBM, Chicago house and euro pop to create something far more accessible.

As soon as techno’s first overlords Juan Atkins, Derrick May and Kevin Saunderson followed the dollar to DJ in Europe, Detroit’s Second Wave moved into the vacuum their absence created. A new vanguard led by Underground Resistance, Carl Craig's Planet E Communications and Canada’s Plus 8 label seized the initiative, their bleak, hardline stance paralleling the brutalism of UK and Belgium rave and producing new classics like ‘Technarchy’ to reinforce the city’s continued importance and influence.

Not content with twiddling the knobs of his mate Spanky’s 303 and confounding the world with ‘Acid Tracks’, DJ Pierre moved to the Big Apple where he came up with wild pitch. Pinching the name from a series of parties he was involved with, it’s hard house grooves, filtered hypnotic sounds, repetitive vocal samples and heavy percussion sounded just like any progression of acid house should but with an unmistakable New York feel.

The surprising success of The KLF’s Chill Out and The Orb’s Adventures Beyond The Ultraworld albums spawned an epidemic of so called ambient dub that collectively failed to deliver on their initial promise. Rather than explore the pioneering, experimental, ethos of King Tubby or Lee Perry, tracks tended to wallow in clichéd, off the shelf samples of birdsong and water and ended up much like the anodyne muzak you might hear at the dentists. The Original Rockers largely forgotten ‘Underwater World Of Jah Cousteau’ is one of the genres few genuinely sublime moments where ambient dub sounds exactly like it was supposed to.

Rave may have come out of the UK but Belgium was where European electronic dance music really kicked on. With a rich history going back to late seventies experimentalists like Telex, the Belgians were the earliest adopters of American house and techno and really went for it. Massively influenced by 20 year old New Yorker Joey Beltram due to his link with the Ghent label R&S, Belgium’s young DJ’s and producers created their own distinctive, riff based sound long before us Brits found a unique style of our own.

From the start, UK rave’s loved up, communal high carried a smell of hippy most students of youth culture believed had been consigned to history. Even worse, crusty rave or free tekno conjured up uncomfortable memories of early eighties, dog on a string, anarcho punk. Dominated by the Spiral Tribe collective and their own brand of brilliant, hard and fast techno, much like Crass, they too offered an alternative lifestyle and real movement for change, their free, communal parties and revolutionary spirit culminating in the arrest (and eventual acquittal) of thirteen members on public order offences and the most expensive trial in British legal history. The adverse publicity went some way to laying the groundwork for the 1994 Criminal Justice Act although by then the Tribe themselves had relocated to Europe.

San Francisco rave was a late reaction to the UK scene but given its location in the former mecca of psychedelia, it was inevitable that it would include plenty of retro hippy symbolism, far more exotic drug use and a spaced out, psychedelicised sound that was all its own.

Never has an EDM micro genre been gifted a more suitable name. Just one listen to anything by Glasgow DJ Scott Brown under his numerous aliases and its obvious that tracks like ‘Technophobia’ couldn’t have been called anything other than Scottish Bouncy techno because that’s exactly what it sounds like!

As soon as UK Hardcore plunged into the darkside in 1993, two breakaway factions forged the militant approach of jungle at one end of the spectrum and the celebratory, upbeat sound of happy hardcore at the other. Still a bit of a touchy subject amongst the EDM intelligentsia, with its fast, stompy drums and optimistic piano melodies, happy hardcore is nearly always dismissed as nothing more than cheesball tunes for the young candy kids who missed out on raves first wave.

Jungles reggae and hip hop influences, heavy bass and chopped up drum loops, may have been super energetic but it was almost impossible to dance to, certainly for the uninitiated. DJ’s soon picked up on that fact, and by 1995 the likes of DJ Zinc and DJ Hype were amping up the bass and streamlining the classic jungle drum patterns to create the infinitely more dance friendly hardstep.

Named by its most defining artist DJ Spooky, New York’s illbient scene first appeared as the American equivalent of our own ambient scene before it finally emerged as a consciously urban form of electronic music thankfully free of any pastoral bullshit. Determined to express the cultural variety and grimy decay of its surroundings, illbient was more a merger of post rave ambience and hip hop despite there being not too much of the latter in evidence on Spooky’s pleasantly groovy Songs Of A Dead Dreamer, the genres one acknowledged classic.

EDM micro genres come and go with alarming regularity, riding high as the next big thing one minute, drowning beneath the waves the next. Yet none fell from grace quite so quickly as nu skool breaks. Dreamt up in 1997 by DJ/Producer’s Tayo, Adam Freeland and Rennie Pilgrem to distinguish their Soho Friction club night from the chart bound, big beat pop of Fatboy Slim and The Chemical Brothers, nu skool was an amalgam of big basslines and breakbeats covering everything from robotic electro grooves to jungle. Barely distinguishable as a genre in its own right, it never seemed destined to last and it didn’t.

Originating as a term used by DJ and writer Philip Sherburne to categorise the slinky, mainly German tracks reacting to the over commercialisation of EDM in the late nineties, microhouse drew from the tiniest scraps of samples and reconstructed them to emphasise the subtlety and space of house rather than the soulful inflections, big choruses and anthemic hooks,

Defined as a movement of the new millennium by the first Clicks_+_Cuts compilation, glitch producers reveled in the avant-garde, threw away their instruction manuals and opted to push the envelope by retaining their mistakes rather than discarding them. Who would ever have thought that the freakish snap, crackle and pop of abused, malfunctioning technology would result in some of the most audacious sounds ever created?

Sometime around 1997, a disco revival began to gather momentum amongst those seeking a solution to the conflicting sensibilities of rock and dance. Suddenly, the likes of Daft Punk and Dimitri From Paris, and groups like The Rapture, LCD Soundsystem, The Juan MacLean, and even Franz Ferdinand were getting the luddite rock kids down on the floor to shake their booty. Of course, a lot of it was unoriginal, derivative, shamelessly trendy and a bit shit, but some of it was fantastically good.

Starting out as a bit of a joke, lolicore has gained a deadly serious notoriety for satirising Japanese cultures unhealthy obsession with hypersexualised young girls known as loli’s who feature in the country’s incredibly popular animated films.  An almost constant barrage of noise, it is definitely the most bizarre micro genre I’ve come across.

Wonky is where the why, what and when starts to get even more complicated. A style that appeared to come out of a Glasgow scene fronted by Rustie and Hudson Mohawke that at one point was known as aquacrunk, apparently London label Hyperdub and Americans J. Dilla and Flying Lotus also played a major role. A combination of dubstep-ish beats and shaky synth lines crossed with everything from laptop folk to IDM, wonky proved to be hugely influential itself when it became the primary source of inspiration for Bristol’s purple sound.

Given the variations and inherent complications identifying EDM genres, bassline house is easy to explain. Sounding pretty much like it’s name; fast, garagey house tunes with mammoth basslines, it originated in Sheffield during the early noughties and enjoyed a brief moment in the spotlight before becoming submerged within the vague, ever expanding fog of UK Bass, a new, handy, catch all term that seems to cover drum and bass, bassline, dubstep and UK garage.
N.B.Funky ‘Nutz’ [Bassline Mix] (Riddim Box EP January 2009)

If the term purple sound leaves you scratching your head, don’t worry, you’re not alone. Used by three Bristol producers Joker, Gemmy and Guido to describe the aural visions in their heads, purple is a bombastic, melodic, funk-laden genre that morphed out of wonky but with a notable grime influence. Unpretentious and ear pleasing, it has certainly moved a long way from its humble origins, it’s open minded creativity having already made a substantial mark on the cross-pollinating future of 21st century EDM. Possibly the most influential genre here, it’s also a great place to end.