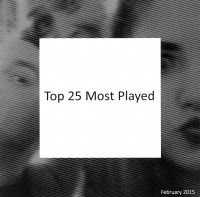 My iPod classic has been a constant companion for seven years now. It’s been with me across Eastern Europe, Scandinavia, the Mediterranean and dear old Blighty, in sun, rain, wind and snow. I’ve walked with it, run with it, flown with it but most of all driven with it. I’ve made a playlist for my wife each year we’ve been together, I’ve made playlists for family and friends no longer here, for funerals, for weddings, for teenage parties and for holidays. Without my iPod there would be no Green Inc because like everyone else, all the playlists I’ve ever made have spoken of the life I lived at that moment.

Looking at someone else’s iPod is like checking out their old skool record or CD collection, except to do so is to reveal much, much more. In their playlists you can see who they were and who they are. You can see their good times and their bad, their childhood, their youth and their middle age. You can see the scuzziest, most reactionary anarcho punk of the geekiest, most straight laced nerd or the sweetest lover’s rock of the coolest hip hop head and for better or worse know their inner selves a little more than you once did.

But now my iPod, your iPod and the 350 million or so other iPod’s have been consigned to history, rubbed out while everyone was in the land of the poisoned Apple looking at some stupid fucking watch. So with the death sentence already pronounced, what better time could there be to celebrate my own little black box. And what better way to do it than by checking out its Top 25 Most Played, one of the few playlists I didn’t create directly and a feature I’d never bothered with until a recent blog piece sparked an interest.

As anyone who knows me would testify, one of my very worse traits as a human being is a severe case of music snobbery. So I was somewhat taken aback to find that not only did my Top 25 Most Played songs prove beyond any shadow of a doubt that I genuinely had no idea how they got there but that I’m not quite as cool as I like to think I am,

For starters, where are The Velvets, Sly Stone, T.Rex, Led Zep, The Clash, The Slits, Wire, The Pop Group, The Cramps, The Bunnymen, The Associates, Bjork, Nick Cave, Outkast, Missy, Dizee, LCD and all my other favourite’s. And where the fuck are those Fall songs I’ve been playing since time immemorial. There’s been so many of the little blighters over the years that surely at least one should have made the grade. It’s almost as if someone else has been sneaking onto my iPod when I’ve been asleep.

And yet deep down, as shocking as some of these selections are, I know full well that my iPod cannot lie and will continue to tell the truth, no matter how unpalatable, until it’s dinky hard drive suffers that inevitable fatal seizure and everything on it simply vanishes. But until that sad day comes, please bask in my humiliation as I must, before checking out your own Top 25 Most Played. But beware, they may not be quite what you were expecting.

I’m not surprised by this at all. In an admirable act of Eminem like subversion, my hip hop loving youngest son made it his mission to convert my eight year old daughter to the joys of the explicit version, so much so that every time she was in the car she demanded it on repeat, so racking up the play count.

I know I once said that these Scottish indie rockers had reaffirmed my faith in rock’n’roll but that never meant they deserved to be at number two, or even 25.

I like Lily Allen a whole lot more than Glasvegas but this is still a shock. ‘The Fear’ is everything I could possibly ask for from a state of the art pop tune detailing a nation obsessed with consumerist whoring and meaningless celebrity yet I can’t help feeling it shouldn’t be here at all.

At last, a bit of sanity is finally restored. It may sound dated to 21st century ears but my direct from vinyl download of the original ‘Travelling At The Speed Of Thought’ still sounds brilliant. Suckered in by the classic ‘Louie Louie’ steal, it was 12 inch singles like this that got me so hooked on hip hop in the first place.

Disregarded even detested by the baa baa massses, no matter what disguise reggaes chosen to wrap itself up in I’ve always loved it, from early pre-teen favourite’s like ‘Cherry Oh Baby’ to roots, dancehall and ragga. At least this list has got that right.

Even though we’re 15 years in, the songs of the 21st century are still not considered quite as worthy as those from earlier times, particularly the saintly 60’s. Odd then that there’s 11 songs here from the dawn of the new millennium yet precisely none from that ridiculously overrated decade. Of course the fact is that there are as many great songs appearing now as ever before, and ‘White Winter Hymnal’s transfixing blend of sleigh bells and baroque harmonies would shine in any era.

In 2003 M.I.A. was so far ahead of the game it took me four years to catch up. What finally convinced me that she had been the future all along was the irresistible, Clash powered ‘Paper Planes’, the penultimate track on her second album Kala. Naturally Joe Strummer would have been hip to her from the start!

You would think that your iPods Top 25 Most Played would reflect your favourite songs of all time wouldn’t you? So I’m a little bit mystified why ‘All The Young Dudes’ – the single of my early teenage – is one of just two songs to appear from that hallowed list.

The first record I ever bought with my own pennies was a budget, Music For Pleasure Hot Hits LP. Amongst the 12 dodgy covers of recent chart hits was the magnificent ‘Resurrection Shuffle’, the first song I was truly able to call my own. Over 40 years later it looks like I still do.

Failing to explain the myth of totalitarian socialism to my young daughter, I thought it best left to a groovy hip hop track. Of course, she was way too young to get her head around it but loved ‘Animal In Man’ regardless and in a repeat of the ‘Real Slim Shady’ scenario, requested I play it over and over again.

British hip hop has never gained the kudos or audience it so rightfully deserves. Nonetheless, to my ears the sad regret of ‘Peter Pan Syndrome’ leaves the standard American bling, bitches and bullshit nonsense drowning in its wake.

Hard to believe this is the only classic funk or soul track here.

With more songs on my iPod than anyone else (239 fact fans), thank God Bowie made the cut or I’d have had some serious explaining to do to myself. Ziggy Stardust isn’t the best Bowie album, not by a long shot, and I never have been able to decide what my favourite track is but now I know.

OK Computer reminds me of another time, another place, not necessarily better but certainly more hopeful. ‘Exit Music (For A Film)’ is the best track on it so given the competition, I’m surprised it’s not in the Top 10.

A decade by decade breakdown of my Top 25 reveals some interesting facts about my listening habits, not least the nine songs from the 70’s. Bizarrely, ‘Two Sevens Clash’ is the sole representative from what I’ve always considered to be the golden years between 1976 and 1979. Apparently, according to my iPod, punk, post punk and other radical new genres like electronica simply don’t figure on my listening agenda.

There’s a very large part of me that is artful, sensitive and blooming lovely which is why ‘The Art Teacher’ is so appealing, a song of such beauty it literally takes my breath away. Unfortunately it’s the other part of me I always have to worry about.

In the post glam mid 70’s, the musical times were so incredibly desperate that in an ever so slightly shameful episode, me and my little gang latched onto David Essex, albeit briefly. Lured in by the dark, percussive dub of ‘Rock On’ it was certainly a great pop record, yet its presence here is still baffling.

The first indie pop single proper and the second and last of my favourite songs of all time to make the cut.

Correct me if I’m wrong but I doubt Polly Harvey would be an obvious contender for anyone’s Top 25 Most Played. She’s just not that kind of artist. But with my interest reawakened by her involvement in the Peaky Blinders soundtrack, I have been listening to her rather a lot lately.

I miss the time when we were still defined by our music. When our music was still our music and no-one else’s. When our choice of whether to like or to loath was our decision and nobody else’s. I miss the mid 70’s and Goats Head Soup, Its Only Rock’n’Roll and Black And Blue when no-one gave a fuck about The Stones except me.

I stuck with Ryan Adams through five albums right up to Love Is Hell. Then I got bored with his same old shit. Considering how this list dates from 2007 and that love affair ended in 2004, it’s weird to know I still play a song like ‘World War 24’ as much as I do.

The one thing my iPod’s Top 25 Most Played have in common is that they are all tunes. And whether I’ve been in Prague, Oslo, Valencia, Ibiza or Slough, if nothing else ‘Lapdance’ and ‘Hypnotize’ will always be big tunes. All too often these days that’s the only thing that seems to matter.