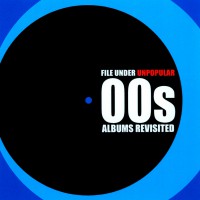 We all have them don’t we? The albums we brought off the back of one great single or on a whim but as soon as we got them home and pressed play couldn’t figure out why we’d bothered? They were the records, cassettes and CD’s set aside for another day, except that day never came so they slipped to the bottom of the pile, quietly forgotten. Cleaning out my garage recently, desperate for more space to store even more shite, I came across a hoard of long gone albums erased from my memory. Perhaps the time had come to give them that one last chance; the one they’d been denied all those years ago.

I met Bobby Gillespie a couple of times in 1984 at Alan Mcgee’s tiny Living Room Club. In those days the Primals were just another shitty indie group releasing shitty records in thrall to the 60’s. I didn’t rate them, not even Screamadelica, the most ridiculously overrated album of the post rave era. They were a group only too happy to bask in the borrowed or stolen genius of others. Not that there’s anything wrong with that because we’re all thieves to a certain extent, but Primal Scream’s thieving became so absolute their records contained little of themselves.

No surprise then that XTRMNTR is jammed with steals too, but this time they’re plucked from the coolest record collection anyone could possibly imagine; John Barry, Miles Davis, Was (Not Was), PiL, Joy Division, Suicide, Gang Of Four, even Dylan. They’re all in there somewhere. What’s even more surprising is how the Primals somehow manage to turn it all into the biggest anarcho leftist affirmation of modern punk noise I’ve heard in years. Deliberately dumb yet as serious as hell, every time a disgusted Bobby hollers ‘Sick! Fuck! Sick! Fuck!’ on ‘Pills’ I want to hug the skinny little git.

Part of my self-perceived connection with Pulp was their home city. You see, my old man was a first generation Southerner from a long line of tub thumping Sheffield Socialists who spent their entire lives toiling for other people’s benefit. His father upped sticks and moved south in a hunt for work and a better life and found his own patch of paradise in sleepy old 1920’s Berkshire. But he never forgot where he came from and neither have I.

The fact that Pulp blossomed into something other than perennial indie losers was a miracle in itself, although by 2001 I considered them largely irrelevant in a new decade that promised so much. We Love Life may have been their last will and testament but listening now it sounds like the most musically adventurous album they ever made. ‘Tree’s’, ‘I Love Life’ and ‘Sunrise’ are as good as anything they ever did but ‘Wickerman’ is the one, a creepy trawl through the physical underbelly of a disappeared city that reminds me of the tall tales my Grandfather used to tell.

Of all the albums I’ve dragged up, Moby’s 18 is the one best forgotten, much like the teetotal, drug free, vegan, super rich, Christian, sellout himself. So that’s what I’m going to do apart from ‘Extreme Ways’ which is only here because of its use in the Bourne series. I love those films and I love that tune.

FAVOURITE TRACK ‘As Serious As Your Life’

As pop became more and more fragmented following the arrival of the MP3, music lost so much of it’s cultural power it became impossible to create any major new genres in a way that had been possible even in the 90’s. Yet that didn’t stop the music press labeling Kieran Hebden’s Four Tet ‘folktronica’ in the vain hope of understanding them. I didn’t understand either but knew they were nothing of the sort. Rounds in particular pulled from so many sources and genres it was impossible to categorise. Built entirely from samples on a laptop, it was meant to signify a softening and deceleration of electronica but to me sounds more like a pleasant, very accomplished 21st century album trying to pass itself off as complex and interesting.

I bought this at the same time as LCD Soundsystems self-titled debut. The LCD album rapidly became an all-time favourite but dominated my listening so much that James Murphy and Tim Goldsworthy’s second label comp slipped to the bottom of the pile. What a mistake that was! A veritable feast of catchy, avant-garde singles, remixes, B-sides and unreleased tracks, DFA Compilation #2’s contagious grooves even made me get off my arse and start dancing. And it isn’t just the LCD show either. ‘Yeah’ (Crass Version) may be the greatest slice of white boy funk I’ve heard this century but hidden within the three discs is a brilliant DFA remix of Delia Gonzalez & Gavin Russom’s ‘Rise’, Pixeltan’s ‘Get Up Say What’ and a fistful of Juan Maclean tracks that provide an absolutely essential snapshot of a label at its peak. Brilliant!

Sometimes an artist can be so far ahead of me I just don’t get it and in 2005 I definitely wasn’t ready for M.I.A. or Arular. Maybe it was her overtly political stance that put me off, not least because I knew nothing of Sri Lanka, the Tamil resistance or her father. Whatever it was, now I’ve finally caught up I do wonder how I could I have dismissed an album that still sounds so unique. I’ve also found somewhat  ironically that M.I.A.‘s greatest strength is not in her lyrics, political or otherwise, but in her music which is jammed full of simple vocal hooks, melodies and random slices of hip hop, ragga, bhangra, ‘80s electro, even punk. Every so they do sound a little calculated, like she’s trying too hard to be different, but really that’s a minor gripe. I mean, how could I possibly criticise anyone for creating something this adventurous?

In the second half of the 00’s I stopped buying albums. Downloading meant why bother when I could get them for nowt. So from hereon in I didn’t rediscover any of these albums in my garage, buried amongst the flotsam and jetsam of my life. I found them unplayed and unloved on my iPod, illegal downloads that must have seemed like a good idea at the time. Unencumbered by artwork, liner notes or group pics, Phoenix’s preference for precocious West Coast pop rock from a mostly forgotten late 70’s and early 80’s make them an almost perfect group for the 21st century. Admittedly It’s Never Been Like That’s pinky blue romanticism is fairly lightweight but even cynical old me can bathe in the warm glow of a fabulously catchy three minute wonder like ‘Long Distance Call’.

In a pop culture where working class Northerner’s are hailed as authentic heroes and talented, middle class Southerner’s treated with suspicion and disdain, our Damo has found a way to survive with his integrity (almost) intact. His one failing has been to jump from project to project and in 2007 this was just the latest in what, by 2014, had become a fairly long list. Doom laden and down trodden there’s no getting away from the fact that The Good, The Bad & The Queen is music for miseries, a weary trip through the boy’s thoughts on war in our time and other heavy duty subjects. Unfortunately, apart from the slightly more upbeat ‘Three Changes’ it is all a bit samey and relentless, even if that relentlessness does eventually become a kind of beautiful gloom. No wonder I left it on my iPod to languish in MP3 obscurity for all those years.

‘Hoppipolla’ was the first song my daughter ever told me she liked so I guess it was inevitable I would download a couple of Sigur Rós albums for her. Yet to me, their inbuilt seriousness made them sound far too much like hard work. I only changed my mind when I happened to catch their Heima documentary and was mesmerised by the sheer beauty of the Icelandic landscape and the magic they weaved within it. I dug out Með suð í eyrum við spilum endalaust, listened intently, and found it was everything I wanted it to be. Despite the moments of unbearable desolation in Jón Birgisso’s fragile voice, it has got to be one of the most gloriously uplifting albums I’ve ever heard. Best of all is ‘Ára Bátur’, their most joyful song of all. Starting with a simple piano and voice it brings in the London Sinfonietta and London Oratory Boy's Choir to add an emotional swell that really is quite breathtaking.

FAVOURITE TRACK ‘Miss It So Much’

One bonus of new millennium pop culture is that it matters not a jot if you are American, British, French, Icelandic, Scandinavian or outer fucking Mongolian. If you’re good you’re good. Simples. So no-one sniggered when Norwegian electro duo Röyksopp began to blaze a trail in the early noughties. Their first couple of albums flip-flopped between sickly sweet pop and portentous electronic gloom but Junior solved the problem by going for the middle ground. And in its own smart, delightfully poppy way it is rather good, although I can’t help feeling that may have more to do with the choice of guest singers than Röyksopp themselves, in particular the magnificent Swedish trio of Robyn, The Knifes Karin Dreijer Andersson and Lykke Li.