'I know, or I dream, that pop music can search out limits, mock restrictions and divisions, exorcise cultural nightmares, contribute to revitalisation of people's thinking, disturb and inspire if only through its unstable mobility, its readiness to pursue apparently irrelevant links and private associations.'  Paul Morley

Launched in 2012, initially as a form of therapy following the death of my youngest son in Afghanistan, Green Inc is a website dedicated to astute, informal writing about the brilliant, madly spinning globe of music culture past, present and near future. We’re not particularly innovative, we don’t impart any clever ideas, theories or theses and we most definitely are not professional writers and have never claimed to be. We are just slightly irregular, curious chaps who know what we like and know what we don’t.

In truth the seed for Green Inc had been sown some years before when as comfortable as it was, my life had slowed to a crawl. With my half century fast approaching, having invested a lifetime in live shows, records, cassettes, CD’s and iTunes playlists, I began to question my long standing commitment to the power of music and its place in my future, if indeed it had one As James Murphy of LCD Soundsystem so eloquently put it, I was ‘losing my edge.'

Once upon a time, even as recently as the nineties, popular music was modern culture; it devoured it, defined it, emblemised it, could spark debate, change attitudes and lives, start revolutions and stop wars (or at least so it narcissistically believed). And yet, in the face of an ever expanding abundance of leisure options, its influence had faded. Sure, the big sellers would still sell to those whose idea of a record store is their local branch of Tesco’s, and sure there was never going to be a shortage of willing boys and girls raking through the dying embers looking for their own post box to the world. But offering nothing more than a comfy kind of reassurance and standing for nothing but itself, the pretence of revolution was over.

Of course, in the cracks between the generations, hidden deep within the class system, racism, the haves and the have not’s there was still the odd voice of dissent, but they were being almost completely overwhelmed by a tidal wave of greed, intolerance and corruption. Even the small amount of politically engaged, meaningful art I did manage to find tended to sound horribly irrelevant and indulgent, lost and lonely in the vast retail park of consumerism.

Determined to rediscover the potentially life changing alchemy that had inspired my fervent voyage of musical discovery as an adolescent, I began to document my own, very personal set of influences and musical insights; an alternative aesthetic that refuses to apologise for not being old enough to like The Beatles, Dylan, the sixties and a trad rock culture that continues to ignore huge swathes of black and electronic music. In so doing, not only did I seek out and listen to music both old and new I might never have heard otherwise, I restored my own faith and reignited a literary spark I thought I’d lost. I even formed a ridiculous, pretentious plan to compile a history of modern music culture; La Historia De La Musica for my children, their children and all future children. I was gonna’ do it for the kids man!

We’ve moved on quite a bit since then. Now we tend to write about whatever takes our fancy at any given moment although usually we always have a couple of bigger projects on the go, the most prominent being The Core Curriculum; over forty years of songs that have informed every part of my life no matter how randomly. A scrapbook of memories, opinions and reviews, the experiences, songs and albums I talk about have left an indelible imprint, shaping and scarring me in ways I never believed possible. As for my original La Historia De La Musica, that has become A Year In Playlists; a stand-alone, easily digestible, pocket book guide to modern music culture, from post war R&B to the present day squeezed into 52 handy instalments.

Common sense and the cynic within tells us that music can’t affect change, it can only reflect it. Yet my cultural journey has proved otherwise. The lessons I’ve learned along the way leave me in no doubt. There is a glorious otherness to music that continues to open up a vast world of culture and connections like no other art form, and given the right circumstances it can still affect change.

It certainly changed me!

As long winded and naively written as they are, my pre 2012 playlists and artwork have been scanned and stored to form part of our extensive playlist archive. That’s also where you’ll find The Core Curriculum, Legends, Genres, Alternative Best Of’s, Cult Legends, Secret Pleasures and plenty of other bits and pieces.

3. A track list detailing the first known release date and format of each song at the time of writing.

4. A Spotify or Soundcloud Play Button featuring as many tracks as possible. Unfortunately, in some cases that is pitifully few because contrary to popular belief many are still unavailable. However, they are all out there somewhere. Soulseek and you shall find!

We’d love to hear from you about anything on Green Inc or A Year In Playlists. Email us at greenincmail@yahoo.com. Thanks for visiting. 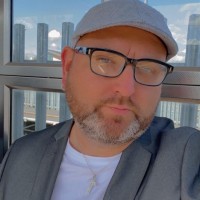 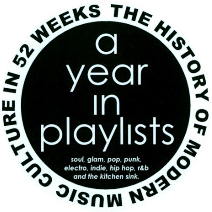